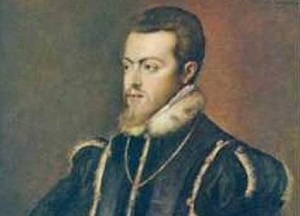 A serious infection robbed Antonio de Cabezón (1510-1566) of his eyesight at a very early age. Blindness, however, could not prevent him from becoming a master of keyboard performance during the Spanish Renaissance. In addition, Cabezón was a pivotal transitional composer who freed instrumental music from its vocal predecessors. Vocal parts had been accompanied and reinforced by corresponding instruments for a long time; however, it was Cabezón and his colleagues who performed the actual original vocal pieces in purely instrumental versions. And it was Cabezón who attained great mastery in this art in which he brought out the characteristic properties of his instrument—the organ or the cembalo—while keeping the singing quality of individual parts. “Through the constant tensions between harmony, melody and virtuoso ornamentation, he achieved a musical idiom with an expressiveness of its own,” and he decidedly contributed to the ongoing evolution of Western music.

Born in 1510, Cabezón originally hailed from Castrillo Matajudíos, a municipality located near the city of Burgos, in the north of Spain. He was educated at Palencia Cathedral, and as he excelled in the art of improvisation, he soon became one of the most sought after performers. In addition, his early compositions were already renowned for their remarkably advanced sense of musical language, technical difficulty and sensitive modes of expression. A musical talent like that did not go unnoticed, and by 1526 he found employment with Isabella of Portugal. Extremely intelligent and highly educated, Isabella organized and shaped the cultural and musical environment at the court, which included the establishment of a royal chapel. And for the position of organist at the chapel, Isabella appointed Antonio de Cabezón, already the superstar of Iberian keyboard music! He primarily composed liturgical organ music, but was also called upon to write music for secular occasions. Ultimately, he served Isabella’s son, Felipe II, in a similar capacity. Cabezón accompanied his employer on assorted journeys throughout Europe, which included visits to Milan, Naples, Germany and the Netherlands, and on the occasion of Felipe’s marriage to Mary Tudor, a trip to London between July 1554 and August 1555.

Cabezón composed works in all the instrumental forms used in Spain during the first half of the sixteenth century. That included “Diferencias,” which are free variations based on popular dance melodies and “Glosas,” virtuoso ornamentations of chansons, madrigals and hymns from the Gregorian or Mozarabic rite. The “Tiento,” taking its name from the Spanish verb “tentar”—meaning to tempt or to attempt—became Cabezón’s most distinguished musical genre. Similar to the “fantasia” found in England and Germany, it was exclusively tied to the keyboard, and especially to the organ. Freely composed and relying on the improvisational skills of the performer, the tiento was always imitative, drawing thematic material from a fugal style introductory motif. The evolution of this form was conditioned by the evolution of the Spanish organ, and it eventually came to include several variants or sub forms. On his travels in Europe, Cabezón came in touch with various secular and sacred styles, and his catalogue of works includes a variety of intabulations based on models by Josquin des Prez and Orlando Lassus. In addition, nine full sets of variations have survived. Based on popular melodies, these works employ a wide range of variation techniques, with individual variations connected by freely improvised passages. Scholars have rightfully suggested that Cabezón’s variations are one of the earliest high points of the genre. There can be no doubt that his musical imagination and highly creative keyboard style influenced the works of English composers such as Thomas Tallis and William Byrd.