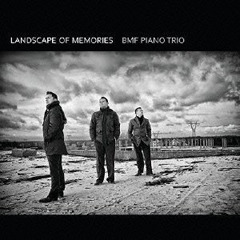 The fact that Polish music has not seen many examples of the piano trio genre is the reason why this compilation of trios written by five composers deserves special attention. Two of the works were written by the late doyens of Polish music: Zygmunt Mycielski (1907–1987) and Andrzej Panufnik (1914–1991). One other was composed by Zbigniew Bargielski, who, though younger than Mycielski or Panufnik, was also born before World War II, that is in 1937. Last but not least, the collection includes trios by two female composers born in the 60’s of the 20th century: Hanna Kulenty (born 1961) and Roxanna Panufnik, Andrzej’s daughter, born in 1968 and living in the United Kingdom ever since, her interest in Polish music running in her blood. Three of the trios by the younger composers were written in the mid-90’s of the 20th century, the other two, composed by Panufnik and Mycielski, are roughly 60 years older, hence major differences in the content, style and manner of emotional expression…