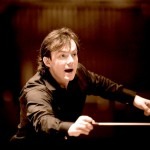 Debuts at Covent Garden, Bayreuth and the Berlin Philharmonic loom on his calendar. “He’s on the short list of conductors whom the major opera houses and symphony orchestras are looking to engage,” says Peter Gelb, the Met’s general manager.

But Mr. Nelsons is only one among a new wave of first-rate, mostly 30-something conductors to garner notable appointments and guest engagements in recent years. Is this just the latest changing of the guard, as middle-age maestros move up the ladder and eminent conductors in their 80s—such as Sir Colin Davis, Kurt Masur, Lorin Maazel and Sir Charles Mackerras—shed important posts? Or are the latest crop of baton-wielders, like tennis phenoms, obtaining expert training and top talent agents earlier than before?

“There have always been extremely promising young conductors around,” says David Foster, president of Opus 3 Artists, a leading talent agency. “What’s happened is that artist managers have started taking them on younger.” Another possible factor, suggests Deborah Borda, president of the Los Angeles Philharmonic, is that musicians are getting the chance to conduct and develop sooner. That’s certainly a recurring theme in the lives of many of today’s brightest young stars, including 28-year-old Gustavo Dudamel, now in his inaugural season as the Los Angeles Philharmonic’s music director. The exuberant conductor honed his remarkable skills at the helm of his native Venezuela’s Simón Bolivar National Youth Orchestra from the age of 18.

Relative youthfulness is an especially appealing quality at a time when symphony orchestras are desperately seeking ways to replenish their aging audiences. This is particularly true in the U.S., where government funding is minimal and the role of music director is more arduous.

Whatever the reasons for their ascendance, exceptional young conductors are in demand. Next month, 37-year-old Vladimir Jurowski returns to the Philadelphia Orchestra. Admired for his probing interpretations and matinee-idol looks, he replaced Mr. Masur at the London Philharmonic Orchestra. In December, the soulful 34-year-old French-Canadian Yannick Nézet-Séguin makes his Metropolitan Opera debut, and his second appearance with the Philadelphia Orchestra. In his second season as music director of the Rotterdam Philharmonic Orchestra, he succeeded Valery Gergiev, 56, who assumed Sir Colin’s post at the London Symphony Orchestra. Both Mr. Nézet-Séguin and Mr. Jurowski have been cited in press accounts as potential replacements for departing Philadelphia Orchestra music director Christoph Eschenbach.

Other impressive podium talents include 35-year-old British conductor Daniel Harding, music director of the Swedish Radio Symphony Orchestra, the youngest to lead the famed Berlin Philharmonic to date and a regular guest conductor at the Salzburg Festival and Vienna Philharmonic; 34-year-old Philippe Jordan, music director of the Opera National de Paris beginning this year; and 36-year-old Xian Zhang, in her inaugural season as music director of La Verdi in Milan. Nicholas Mathias at IMG Artists, Mr. Jurowski’s manager, notes that seven musical institutions in the United Kingdom have appointed conductors under 35 in the past few years. Besides the London Philharmonic, they include the English National Opera (Edward Gardner, 35) and the Scottish Chamber Orchestra (Robin Ticciati, 26).

Obviously there are significant differences among these musicians. Mr. Jurowski is serious in demeanor; the free-spirited Mr. Harding, seeking heightened expressivity from an orchestra known for technical refinement, once asked its members not to play “as if you’re a princess helping out on a farm for a photo shoot.” But they share certain characteristics that distinguish them from many of their 80-something predecessors. Music by living composers is more typically a vital part of their repertoire. And they are more approachable and visible in their communities. During his first month as music director of the New York Philharmonic, 42-year-old Alan Gilbert greeted ticket seekers standing in line and addressed audiences from the stage. At the Philharmonic during the Maazel era, education concerts were relegated to assistants. By contrast, Mr. Gilbert will lead six School Day programs.

Indeed, many younger conductors display a stronger interest in educational outreach. At the London Philharmonic, Mr. Jurowski led and helped plan four school concerts, a family concert and a one-hour educational performance. Mr. Dudamel will work with promising young conductors chosen for the Los Angeles Philharmonic’s Dudamel Fellowship Program, and will occasionally lead the YOLA Expo Center Youth Orchestra in public concerts. Founded nearly two years ago by the LAP in conjunction with local organizations, it was modeled after El Sistema, the Venezuelan musical training program for disadvantaged children that helped nurture Mr. Dudamel. “Orchestras today are defining their artistic roles more broadly than simply delivering concerts and rehearsals at a high level,” says Jesse Rosen, president of the League of American Orchestras.

Whether such efforts translate into new audiences and stronger ticket sales remains to be seen. At a recent New York Philharmonic concert, Mr. Gilbert discussed and illustrated, via orchestral excerpts, the main themes of “Pelleas und Melisande,” a sprawling symphonic poem by Schoenberg. When he mentioned the piece’s 45-minute length, a listener behind me muttered, “Then let’s get on with it.” Ms. Borda says that Mr. Dudamel’s subscription programs this season are sold out. But the test will be ticket sales after the newness wears off.

For decades, the default position for orchestra managements has been to hire music directors from Europe and Russia. That has not changed significantly. But the current generation has a more global compass. More budding maestros are emerging from Venezuela and China. Mr. Nézet-Séguin is believed to be the first Canadian appointed as music director of a major European orchestra. Ms. Zhang is reportedly the first woman to head a major Italian orchestra as well as the first Chinese conductor to do so. “I seem to [exemplify] all the minority traits coming together,” she quips.

Men still vastly outnumber women on international podiums. Yet what’s striking about the career of Ms. Zhang, who appears as guest conductor this season with the New York Philharmonic and the Royal Concertgebouw, is that she advanced through the ranks not unlike many male colleagues. She parlayed her co-victory in the first Maazel/Vilar Conductor’s Competition into the associate conductorship of the New York Philharmonic, and, like Messrs. Nelsons, Harding and Ticciati, had the support of an influential mentor. By contrast, many of her female predecessors—from Eve Queler (Opera Orchestra of New York) to Marin Alsop (Concordia Orchestra)—founded their own orchestras to gain experience and visibility. The next milestone will be for a female Dudamel to be heard by a prescient orchestra executive and snatched up the way he was.

In the meantime, these exceptional conductors are well under way in a lifelong process that involves expanding their repertoire and digging deeper into the scores they already know. As Mr. Nézet-Séguin aptly puts it, “We’re always on a learning curve as musicians, even when we’re 80.”