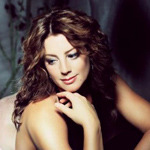 WHAT started as a pleasure for Canadian singer Sarah McLachlan became a powerful campaign that changed the role of women in music.


“It began for the joy of making music, and for the joy of being together as women,” McLachlan said yesterday, before her Taste of Lilith concert in Sydney.

“But it certainly became reactionary when so many people told me I couldn’t do it.”

The original Lilith Fair concerts took place across three years starting in 1997, when McLachlan’s all-female line-up played to capacity audiences, proving women are a “powerful force in the music industry”.

“There was an old-school rule that prevailed that you didn’t want to put two women back-to-back on the radio.”

The use of the name Lilith, who in Hebrew mythology was Adam’s first wife, was suggested by a journalist friend when the singer was looking for “an archetype” for her all-female concert tour.

“Because she refused to be subservient, and was sent off and vilified, I thought she was the perfect mascot,” McLachlan said.

The Australian concerts in Sydney and Melbourne include Kate Miller-Heidke and the Verses. The revival of the idea has not had the same snowballing success as the original tour, and McLachlan said women still faced a “tough time” in the music industry.

“Women are celebrating themselves a lot more than they were 12 or 13 years ago, and women have had a lot of success, but there’s still one woman for every 22 men on the radio.”

McLachlan said while the revival of Lilith was “needed”, it was also “wanted”. “I missed it so much, the community and the camaraderie.

“Men are great musicians too, and I have some great male friends, but as a woman, the older you get, the more you rely on your female friends.”

The singer, who has won three Grammy Awards for songs such as I Will Remember You, said music was “the closest I can get to religion”.