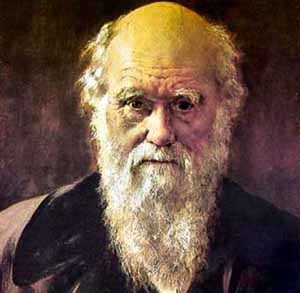 Forget about a composer. Scientists have come up with music by evolution.

They began with short clips of unpleasant-sounding noises, randomly generated by a computer.

The ones people most preferred were “mated” to produce new “baby” clips.

The final result, after thousands of generations, was hardly Bach or McCartney.
Advertisement

But pleasant enough music had evolved out of the original noise, the researchers found, with chords, rhythms and rather repetitive tunes that would not be out of place in a modern pop song.

Dr MacCallum said the aim of the experiment was to see whether a conscious creative act by a composer was necessary to make a reasonable sound.

They knew their evolutionary system could produce pretty good music with just one user making the decisions, he said.

“What we really wanted to know was if it could do so in a more Darwinian setting, with hundreds of listeners providing their feedback. We can confidently say it does.”

The experiment began with 100 clips of random notes and sounds about eight seconds long.

Listeners rated them on a scale of one to five, from “I can’t stand it” to “I love it”, providing the element of natural selection.

The top 10 clips were then paired and recombined, with bits taken from each, in the same way people inherit DNA from both their parents.

A small number of random mutations were also added to the baby clips, which were rated again, with the successful ones reproducing and the parents dying off.

Almost 7000 people were involved in rating the clips, and the results are published today in the journal Proceedings of the National Academy of Sciences.

After 150 generations of evolution the rhythms became steadier.

“After 500 generations the sounds are more pleasant and there is some simple major chord harmony,” Dr MacCallum said.

Simple melodies started to appear by 1000 generations and, by 3000 generations, complex intertwining melodies and a rhythmic accompaniment had been produced.

“We have shown that a simple Darwinian process can produce music.”

Music-making in Western society has long been the preserve of specialist composers and performers.

But the new-found ability of consumers to download, manipulate and distribute music on the internet could change the balance of power in future, the researchers said.