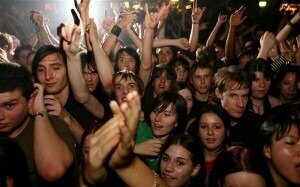 Researchers at the University of Cambridge believe they unravelled how a preference for Teenage Kicks can evolve into a love for a Moonlight Sonata. Photo: ALAMY

Our music tastes change as we get older to match the shifting social circumstances of our lives, according to a new study

Teenagers who dispair of their parents’ music tastes should beware – their own musical preferences are likely to follow the same path.

Researchers at the University of Cambridge believe they unravelled how a preference for Teenage Kicks can evolve into a love for Moonlight Sonata.

They have identified three distinct musical ages that people pass through as they mature – intense, contemporary and sophisticated.

For example, teenagers use “intense” music such as punk and metal to establish their identity, but as their lifestyles change, so do their music choices.

As they move into early adulthood, interest in intense music decreases and a preference for “contemporary” music such as pop and rap rises.

This corresponds to a shift in lifestyle to where people are socialising far more in bars, clubs and at parties where uplifting and danceable music tends to be played.

However, the preference for contemporary music plateaus in early middle age and individuals start to like sophisticated music like jazz and classical.

The scientists say this marks a shift to a more solitary expression of our intellect, status and greater emotional maturity.

“There is a tendency for young people to prefer music that their parents cannot stand or find obnoxious, so there must be some developmental changes that take place as we get older,” said Dr Jason Rentfrow, senior lecturer in psychology at the University of Cambridge.

“Teenage years are often dominated by the need to establish identity.

“‘Intense’ music, seen as aggressive, tense and characterised by loud, distorted sounds has the rebellious connotations that allow adolescents to do this.

“While the first musical age is about asserting independence, the next appears to be more about gaining acceptance from others.

“What we took away from the results is that these forms of music reinforce the desire for intimacy and complement settings where people come together with the goal of establishing close relationships – parties, bars, clubs and so on.

“As we settle into ourselves and acquire more resources to express ourselves – career, home, family, car – music remains an extension of this.

“There are aspects of wanting to promote social status, intellect and wealth that play into the increased gravitation towards ‘sophisticated’ music.

“For many this life stage is frequently exhausted by work and family, and there is a requirement for relaxing, emotive music for those rare down times that reflects the other major ‘life challenge’ of this stage – that of nurturing a family and maintaining long-term relationships, perhaps the hardest of all.”

The research, which is published in the Journal of Personality and Social Psychology, drew on musical preference surveys that have been completed by more than 250,000 people over a ten year period.

It examined how musical preferences differed with age and compared these to “life challenges” that have been identified as playing key roles as people mature.

The findings seem to challenge the idea that our music tastes stay the same and it is just culture that overtakes us as we get older.

Perhaps unsurprisingly, the researchers found that people actively changed the music they liked.

“Of course there are not hard boundaries as people in later life do still enjoy listening to the rock and roll then enjoyed when they were younger,” said Dr Rentfrow.

“But the reasons for listening may change. We use music for different reasons and there may be more nostalgia involved as we get older.”

It is not just listening tastes that change, but also the tastes of those who are creating music.

The researchers point to musicians such as Sting and Paul McCartney, who personified the rebellious youth culture of their time, who are now producing classical and folk albums.

“The project started with a common conception that musical taste does not evolve after young adulthood,” said Arielle Bonneville-Roussy from Cambridge’s Department of Psychology, who led the study.

“Most academic research to date supported this claim, but – based on other areas of psychological research and our own experiences – we were not convinced this was the case.

“I find it fascinating to see how seemingly trivial behaviour such as music listening relates to so many psychological aspects, such as personality and age.”