Media
Why we must have music when we work
May 16th, 2014
Tags: research, society 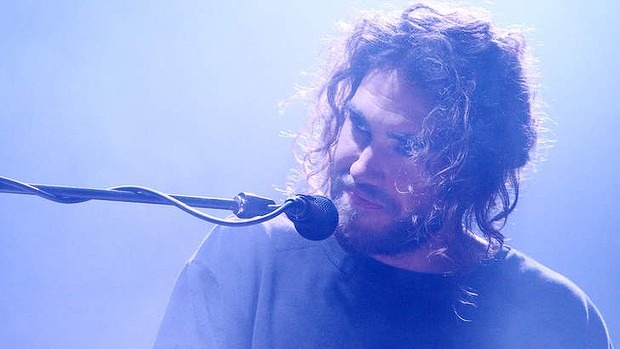 Offices are getting smaller and more crowded, noisier and more officious. But rather than wishing we could hide away somewhere quiet, it seems we want our working days accompanied by music. Yes, even Jack Johnson.


A survey of Australian’s work habits has found that while 20 per cent of companies ban music outright, a third of us claim music is essential to getting through the day. What’s more, three-quarter of us think music would improve our mood and maybe even improve our efficiency.

Of course not all music and not on every occasion. We like instrumental music to help us focus; energetic music to stimulate imaginations and, for 60 per cent of us, any music to block out the sounds and sights of fellow workers. Which may or may not say something about office relationships.

Perhaps not surprisingly, the evidence for the popularity of music in the workplace comes from a survey conducted for a music streaming service, Spotify, which can be streamed through desktops, laptops or mobiles as well as, presumably, through an office network.

(Though you may wonder, looking at the top 10 songs from work playlists on Spotify, if there are gender issues in an office where Robin Thicke’s nearly irresistible hooks mixed with quasi-rape fantasies in Blurred Lines; if there are too many softies among financial traders if Matt Corby’s Resolution is rating in that office; and if generational warring is on the cards when older workers realise the office junior’s request for Wake Me Up is not a chance to hear Wham but instead Avicii.)

A psychologist hired by Spotify to put some of the survey results into perspective, Clare Mann, said that music and the ability to choose that music, enhances our worth and our work.

“Self-selected music can provide people with a sense of control over their surroundings and emotions,” she said, adding that controlling emotions like stress, can come down to choosing the right tempo as well as the right sound. Though whether that is Eric Satie or Sade comes down to taste rather than science.

“At times of high pressure and stress – such as before a big presentation – songs close to the 60 beats per minute mark are ideal. Studies have shown that breathing in time to such music, at a controlled pace, helps lower blood pressure, in turn combatting anxiety.”

And we aren’t short of anxiety she said, given “the reality … that many people aren’t happy in their jobs” and “it’s easy to get despondent during the working day”.

“Music is proven to have a positive effect on moods,” Mann said. “So giving individuals the control to bring something uplifting into their daily lives, is important.”

Of course, there are occasions in the office when the soporific is absolutely the wrong choice. Working up the energy for a pitch or asking for that promotion, might require the kind of musical motivation you’d find at the gym.

Which is all well and good, especially if everyone in your pod group either likes the same music or has a chance to program the music. But it may be worth noting that there are some pitfalls, and not just the risk that someone will lose the plot hearing the 50th run through that ’80s mix.

Keep in mind that your career prospects may not be enhanced if you’re singing Katy Perry’s Teenage Kicks as you enter the boss’ office. And ask yourself, among adults is there ever a good time for LMFAO?