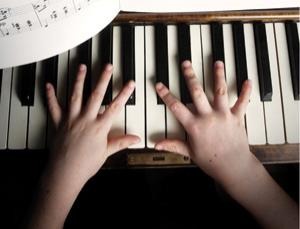 Good news for pushy parents. If you want your child to excel musically, you now have better justification for starting their lessons early. New evidence comes from brain scans of 36 highly skilled musicians, split equally between those who started lessons before and after the age of 7, but who had done a similar amount of training and practice.

MRI scans revealed that the white matter in the corpus callosum – the brain region that links the two hemispheres – had more extensive wiring and connectivity in the early starters. The wiring of the late starters was not much different from that of non-musician control participants. This makes sense as the corpus callosum aids speed and synchronisation in tasks involving both hands, such as playing musical instruments.

“I think we’ve provided real evidence for something that musicians and teachers have suspected for a long time, that early training can produce long-lasting effects on performance and the brain,” says Christopher Steele of the Max Planck Institute for Human Cognitive and Brain Sciences in Leipzig, Germany, a member of the team, which is led by Virginia Penhune of Concordia University in Montreal, Canada.

Steele says that younger-trained musicians may have an advantage because their training coincides with a key period of brain development . At age 7 or 8, the corpus callosum is more receptive than ever to the alterations in connectivity necessary to meet the demands of learning an instrument.

However, he stresses that these connectivity adaptations are no guarantee of musical genius. “What we’re showing is that early starters have some specific skills and accompanying differences in the brain, but these things don’t necessarily make them better musicians,” he says. “Musical performance is about skill, but it is also about communication, enthusiasm, style and many other things we don’t measure. So while starting early may help you express your genius, it won’t make you a genius,” he says.

Nor should older aspiring musicians despair. “They should absolutely not give up. It is never too late to learn a skill,” says Steele.