Media
Why music is good for the heart
June 18th, 2014
Tags: research 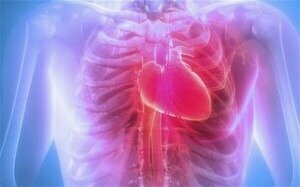 In its onward march, science is always trampling over folk-wisdom. But sometimes a piece of research comes along which shows folk-wisdom might have a point after all. There’s been one in the past week, in a paper given at the European Society of Cardiology Annual Conference in Amsterdam. Professor Deljanin and her colleagues in Belgrade discovered a 19% improvement in a vital bit of heart tissue in patients with coronary artery disease, when they listened to their favourite music.

The idea that there’s a vital connection between music and the heart is as old as the hills. “From the heart – may it return to the heart!” said Beethoven about his stupendous Missa Solemnis, which he thought was his greatest achievement. If you searched long enough, you could collect a thousand similar statements from musicians about the intended target of their music. We still use phrases like “That melody goes straight to the heart”, “a heart-felt performance”, and probably always will.

The ancients knew exactly why this was. The heart was the organ which heated the humours and sent them surging round the body, making us angry if we were choleric, or amorous if we were sanguine. Music worked on the mind and therefore on the humours. Heart, soul and music worked together in a self-reinforcing loop. The brain, that “cold, wet matter” as Aristotle called it, just didn’t figure in the picture.

Now it’s the other way round. We don’t believe the heart “heats” anything; we know it’s just a humble pump, while the brain is the really sexy organ, its billions of neurons pulsating with electrical impulses, and apt to be sent into a frenzy by a surge of hormones. The brain is where music really makes its powerful effects felt, so let’s rewrite Beethoven’s sentence in the language of the physiologist. “Let my surge of dopamine cause a similar surge in you!” Hmm. Let’s try a bit of neurology-speak. “Let high electrical activity in my hypothalamus, prompted by imagined musical patterns, cause similar activity in yours when you hear the same pattern!”

Is your heart set racing by those phrases? (to use an obsolete phrase). I doubt it. And at a more fundamental level, they’re misleading because they play up to the prejudice that mind is the same as brain, and we can discuss our mental life as if human beings really are no different to a “brain in a vat.” I think music helps us to understand why this is such a suspect idea. We are not brains in vats, we are embodied creatures, and ‘mind’ – that is, the experience of being a living, feeling thing – is surely spread out through that body. In any case, the musical experience doesn’t stop at the boundary of the individual person. Music is a social thing, connected to dancing and singing. It becomes most vividly alive in those moments when we do it, rather than passively witness it.

Unfortunately the study of musical perception has been captured by the huge prestige of the neurological sciences. We’re surrounded by books with titles like “Music and the Brain”, “This is Your Brain on Music”, “Music Cognition”. What I’m waiting for is the book entitled “Music and the Person,” which pays attention to its effects on the whole human being – even the heart. This research proves to me (though perhaps not to Professor Deljanin) that the heart really is more than just a pump. It understands music, and responds to it, just as the ancients said.