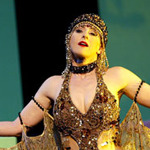 Avant garde art and architecture are loved, but in music we cling to the past. We’re missing out.


A full century after Arnold Schoenberg and his students Alban Berg and Anton Webern unleashed their harsh chords on the world, modern classical music remains an unattractive proposition for many concertgoers. Last season at the New York Philharmonic, several dozen people walked out of a performance of Berg’s Three Pieces for Orchestra; about the same number exited Carnegie Hall before the Vienna Philharmonic struck up Schoenberg’s Variations for Orchestra.

The mildest 20th-century fare can cause audible gnashing of teeth. Benjamin Britten’s Serenade for Tenor, Horn and Strings is a more or less fully tonal score, yet in 2009 at Lincoln Centre, it failed to please a gentleman sitting behind me. When someone let out a “Bravo!” elsewhere in the hall, he growled: “I bet that was a plant.” I resisted the temptation to swat him with my pocket score.

Some of this behaviour can be blamed on the notorious bad manners of certain New York patrons, but the problem is widespread, as any music administrator with a yen for 20th-century repertory will tell you. Some Prommers are still traumatised by the shock of encountering Harrison Birtwistle’s ultraviolent piece Panic at the 1995 Last Night of the Proms. For decades, critics, historians and even neuroscientists have been pondering the question of why so-called modern music seems to perplex the average listener. After all, adventurous artists in other fields have met with a very different reception. The highest-priced painting in history is Jackson Pollock’s swirlingly abstract No 5, 1948, which sold in 2006 for $140m. Tycoons and emirs covet avant garde architects. James Joyce’s Ulysses inspires worldwide drinking parties every 16 June.

Once, these cultural untouchables were dismissed as charlatans – merchants of the “emperor’s new clothes”, to employ a phrase that remains commonplace among unappreciative concertgoers. A New York Times editorial threw a “new clothes” insult at Marcel Duchamp’s Nude Descending a Staircase when it showed in 1913. The same conceit was trotted out in 1946 by a commentator who perceived no difference between a Picasso and a child’s drawing. TS Eliot’s The Love Song of J Alfred Prufrock was cited for its “incoherent banalities”. These days, you would draw puzzled stares if you announced at a dinner party that Pollock is a crock. But if you said the same of John Cage, you might get no argument.

Explanations for the abiding resistance to musical modernism have proliferated, their multiplicity suggesting that none quite holds the key. One theory holds that a preference for simple tonality is wired into the human brain. Attempts to test this proposition have produced ambiguous results. For example, a couple of studies suggest that infants prefer consonant to dissonant intervals. Yet infants hear tonal music almost from the moment of birth, and so have been conditioned to accept it as “natural”. Moreover, visual arts research demonstrates that children prefer representational images to abstract ones. The 327,000 people who came to see bleak late Mark Rothko works at Tate Modern in 2008 and 2009 overcame that inclination; the same can happen with music.

There’s also a sociological explanation: because concert audiences are essentially trapped in their seats for a set period, they tend to reject unfamiliar work more readily than do gallery visitors, who can move about freely, confronting strange images at their own pace. Yet if the style of presentation conditioned the response, one would expect that dance, theatre and movie audiences would show the same revulsion toward novel ideas.

The relative popularity of George Balanchine, Samuel Beckett or Jean-Luc Godard suggests otherwise. Indeed, it’s striking that film-makers have made lavish use of the same dissonances that concertgoers have found so alienating. Stanley Kubrick’s 2001: A Space Odyssey, with its hallucinatory György Ligeti soundtrack, mesmerised millions in the late 1960s. Martin Scorsese’s Shutter Island, which deploys music by Cage, Morton Feldman, Giacinto Scelsi, and Ligeti again, was a recent box-office hit. Michael Giacchino’s score for the TV series Lost is an encyclopedia of avant garde techniques. If the human ear were instinctively hostile to dissonance, these and 1,000 other Hollywood productions would have failed.

The core problem is, I suspect, neither physiological nor sociological. Rather, modern composers have fallen victim to a long-smouldering indifference that is intimately linked to classical music’s idolatrous relationship with the past. Even before 1900, people were attending concerts in the expectation that they would be massaged by the lovely sounds of bygone days. (“New works do not succeed in Leipzig,” a critic said of the premiere of Brahms’s First Piano Concerto in 1859.)

The music profession became focused on the manic polishing of a display of masterpieces. By the time Schoenberg, Stravinsky and company introduced a new vocabulary of chords and rhythms, the game was fixed against them. Even composers who bent over backwards to accommodate a taste for Romantic tonality encountered scepticism; they could not overcome, except by drastic measures, the disadvantage of being alive.

Museums and galleries took a markedly different approach. In America, the Museum of Modern Art, the Art Institute of Chicago, and other leading institutions propagandised for modern art. Wealthy patrons embraced some of the most radical new work; dealers whipped up publicity; critics romanticised Pollock and company as go-it-alone heroes. The idea took hold that museums could be sites of intellectual adventure. On a recent trip to MoMA, I was struck by a poster at the entrance: “Belong to something brilliant, electrifying, radical, curious, sharp, moving . . . unruly, visionary, dramatic, current, provocative, bold . . .”

At present, no major orchestra is able or willing to describe itself in the same terms. But a few organisations are moving in that direction. Beginning in 1992, Esa-Pekka Salonen gave the Los Angeles Philharmonic a bolder profile, and he is now applying the same model to the Philharmonia in London. Youngish crowds of 1,000 or more show up for the Chicago Symphony’s MusicNOW series, which cannily offers a supplement of free pizza and beer. London’s Southbank Centre and the Barbican have drawn eager throngs to evenings of Edgard Varèse, Iannis Xenakis, Luigi Nono and Karlheinz Stockhausen. Even in New York, the situation isn’t entirely hopeless. Alan Gilbert, who took over as the New York Philharmonic’s music director last season, has had startling successes with such rowdy fare as Ligeti’s Le Grand Macabre, Varèse’s Amériques, and, at the beginning of this season, Magnus Lindberg’s Kraft. Veteran observers were agog at the sight of Philharmonic subscribers cheering Lindberg’s piece, which contains hardly a trace of tonality and requires the use of discarded car parts as percussion. What made the difference was Gilbert’s gift for talking audiences through unfamiliar territory: in a mini-lecture, he mapped out the structure of the piece, demonstrated a few highlights, made jokes at his own expense, and generally gave people the idea that if they left early they’d be missing out.

All music is an acquired taste; no music is everywhere beloved. A couple of months ago, the blogger Proper Discord noticed that the top-selling album in America that week – Katy Perry’s precision-tuned pop medley Teenage Dream – had been purchased by only one in 1,600 citizens. Certainly, some genres are more popular than others, but individual tastes change dramatically. When I was young, I loved the 18th- and 19th-century repertory to the exclusion of 20th-century music, both classical and pop. Then, once I acknowledged the force of dissonance, I went from Schoenberg to Messiaen to Xenakis, and, following the path of noise, moved on to the post-punk sound of Sonic Youth. Some of my contemporaries found classical music by proceeding in the opposite direction: they began not with Mozart but with Steve Reich or Arvo Pärt. To build the audience of the future, classical institutions should make more of unexpected bridges between genres.

What must fall away is the notion of classical music as a reliable conduit for consoling beauty – a kind of spa treatment for tired souls. Such an attitude undercuts not only 20th-century composers but also the classics it purports to cherish. Imagine Beethoven’s rage if he had been told that one day his music would be piped into railway stations to calm commuters and drive away delinquents. Listeners who become accustomed to Berg and Ligeti will find new dimensions in Mozart and Beethoven. So, too, will performers. For too long, we have placed the classical masters in a gilded cage. It is time to let them out.