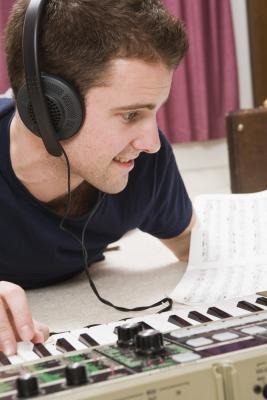 John Doyle, television critic for the Globe and Mail, has a few things to say about the importance of professional critics. That is, those who are hired on the basis of their expertise in a particular area, be it art, music, dance, theater, or video/film. And while the critical democracy that the internet has enabled is all well and good for those who enjoy writing for their friends and relatives, not to mention courting favor with public relations staffers, it does little for maintaining the quality of the artform in question. And in some cases, it has given the bosses of print and internet outlets an excuse to either fire the entire arts reviewing staff (the Atlanta Journal-Constitution is but one of many outlets that come to mind) or put the music critic on the obituary beat and “let” him or her write their reviews as blogs, in their free time.

“Professional criticism, like book stores, Canada Post and print newspapers and magazines, is generally thought to be in crisis, thanks to the Internet, and even in outright decline. Bloggers, cybercritics, consumer websites and enthusiasts on Twitter are thought to have replaced the professional critic employed by a media outlet. People like [Roger] Ebert, or me. The digital age is killing us off, apparently.

“Frankly, as far as I can tell, this is a view propagated a lot by people who blog and tweet about movies, music or television for little or no money and are, in many instances, resentful or envious of the attention paid to the professionals. They want to be liked. They want to be respected.

“This is a depressing insight. The primary job of a critic is to be critical. If you want to be liked and respected, go into show business. That’s where you’ll get the warm glow of applause.

“Neither yours truly nor my colleagues writing about theatre or film do what they do in order to be liked and get access to famous flibbertigibbets. Oh, we all do it to get some attention, for sure. There’s little point in toiling as a critic for a commercial operation, newspaper or magazine, and writing material that nobody cares about.

“Professional critics are increasingly necessary because a good deal of what appears online under the guise of criticism is highly dubious. Amateurs, God bless them, can be far more easily persuaded to give good notices to something. They can go on all-paid junkets to see a movie or do a set visit and interview the fabulous stars and creators of the work. I can’t do that.”

“For all the opinions and posturing available online, far more useful to the culture and to the art or medium being covered is the professional whose first loyalty is to the publication that employs them, and its readers. That means the professional critic speaks for the audience. Nobody else does. And in a time when tens of millions of dollars are being spent on marketing, somebody actually has to represent the audience. That, I think, is what Roger Ebert did.”