Media
Who Are the Most Influential Music Professors on Twitter?
August 17th, 2012
Tags: education 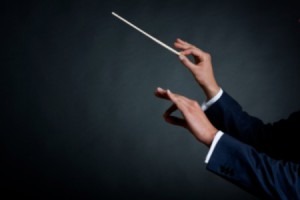 Stay atop the music industry by following these 50 professionals on Twitter. Chosen by their college affiliations, number and quality of tweets, many of these current or former professors also perform or conduct classical music, jazz, rap, Latin, rock, blues and opera. tweet from the orchestra pit, at live gigs and from studios. Recording professionals, DJs and artist representatives round out the selection in this rich assortment of industry insiders. Professors offer encouragement, details on technique or instrumentation. Follow them on Twitter, and you can find out when and where people are lecturing or performing and learn about the influencers and their lives.

Jablow writes about the music business and encourages students to persevere. He has 1,090 followers and tweets 11 times a day on average.

Johnson brings his experience as a producer, engineer, composer, and musician to 1,197 followers.

Fujita shares his technical skills on guitar for all students of blues, funk and jazz. In Japan, guitar players have bought more than 100,000 copies of his videos and book.

Cattaneo, a singer-songwriter, continues to perform all around the world with her country/rock/Americana styles. She has 1,778 followers.

Smooke builds community among like-minded musicians who are into composition, rock history and theory. He tweets daily to 986 followers.

Winner of the 2010-2011 Berlin Prize, Ueno is a composer, vocalist, improviser, cross-disciplinary artist and avid tweeter.

Theorist and musicologist, Leach specializes in music and poetry of the fourteenth century. She is also a scholar on sex and gender.

Wang shares his interests at the research intersection of computer technology and music in his tweets to 2,672 followers.

Howes, ranked as #2 violinist in the Downbeat Critics Poll Rising Stars, offers free online lessons that he tweets to 4,087 followers.

An avid critic, Abrams specializes in woodwinds, chamber music and opera. Abrams tweets on a topics from embouchure to sports.

Tech-guru Pisano loves networking on music and technology. He tweets to 5,800 followers on mobile music apps and electronic music.

Henson tweets about life from the perspective of a choral specialist. He garnered a Pulitzer Prize nomination for “The Good Fence.”

Composer Deemer has written music for more than 30 films and documentaries. He tweets to nearly 700 devoted followers.

Trumpet player Daversa loves big band music and has played in the studio as well as live with his band at jazz festivals and venues.

Composer and collaborator Bes tweets several times a day in both English and Spanish to his more than 950 followers.

Co-chair of the board of the American Composers Orchestra, Baumgardner works to inspire and assist developing musicians.

In groups or as a soloist, Burritt won acclaim for his work in percussion. He tweets to 1,400 followers four or five times a day.

Beck is an expert on digital media and researches the intersection of computer technologies and creativity.

Del Colliano takes the pulse of the music industry and tweets about it daily to more than 1,700 followers.

Author of the book “Vienna for the Music Lover,” Nelson leads scholarly trips to Salzburg, Vienna and Prague.

Composer, performer and theorist Carey has a Twitter following of 2,270. Topics include teaching, new music and recent recordings.

Veltman has a syndicated public radio and podcast series all about singing, songwriting and artist promotion.

Whitacre’s first album as both composer and conductor on Decca/Universal won a Grammy in 2012. He has 18,733 followers.

Bates spends one night performing electronic music in a dynamic dance club and the next night at a premiere of his orchestral work.

Haynes, guesting often with Ensemble musikFabrik and the Formalist Quartet, is a reeds specialist with world performance savvy.

Christie tweets from the orchestra pit during dress rehearsals. He is also Music Director of the Colorado Music Festival.

Adashi tweets about his musical influences, having his works produced, and his mentoring of students.

Rabhan, a music industry insider, has successfully managed careers and recordings of many song legends in contemporary, pop and rap.

Author of four books on the art of lyric writing, Pattison offers words of encouragement to more than 800 followers.

Sinkovitch teaches full-time courses in music production and self-artist management. He grew up in the Nashville scene.

Kelley’s tweets on African American culture, the history of segregation and the music from the Delta to Harlem.

Jazz pianist and composer Gardony has played before audiences in 23 countries. “Signature Time” is his most-recent recording.

If woodwinds are your passion, Pimentel plays them all. He tweets about technique and evaluating instruments.

Professional bassist, writer and producer, Stallworth tweets from the road or studio. He’s known as The GrooveMaster.

Trumpeter Magee shares his deep knowledge of brass horns and mouthpieces with his students and followers.

A noted composer/bandleader, Berkman is also an award-winning jazz clinician devoted to craft and theory.

Classical vocalist Moody tweets up what’s on his mind about the decline of well-trained artists and the world in general.

Winner of two Emmys for Music Composition, Whalen tweets on the entertainment industry and chats with legends.

Flautist Grim has performed with the Chamber Music Society of Lincoln Center and St. Luke’s Chamber Ensemble. She has nearly 500 followers.

Gustavson is author of best-selling “Blind But Now I See,” a biography of Doc Watson. He tweets weekly to 2,000 followers.

When he’s not teaching, Craig leads his own band. He tweets to more than 2,400 followers, often sharing videos.