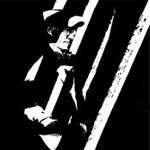 HERE’S an often overlooked bit of music history: Gustav Mahler, who died in Vienna a century ago today, was a New Yorker for the last three years of his life and, for that brief time, arguably the most famous musician in town. It’s not a trivial point — as a conductor at the Metropolitan Opera and then at the New York Philharmonic, he set musical standards that resonate even today.


New York has always held its conductors in chief close. Mahler was followed by Arturo Toscanini, who ruled the musical scene for nearly half a century. New York’s love affair with Leonard Bernstein was long and adoring, while James Levine is no less appreciated today, as we celebrate his 40 years at the Met and worry over his health.

Despite his short time among us, Mahler left as large a footprint as his successors. Already a world-famous composer and conductor, he was hired by the Met in 1907, and he arrived with a reputation as an autocrat who demanded nothing less than perfection.

In his previous post at the Vienna Court Opera, this newspaper reported at the time, this “martinet” had “reformed everything … He was orchestral conductor, singer, actor, stage manager, scenic painter, costumer.” Worse still, Mahler was rumored to be a difficult, even neurotic personality more interested in composing endless symphonies no one wanted to hear than in working in an opera house.

All that was bad news for Met artists and administrators accustomed to more easygoing managers. They were also used to conductors who specialized in one style, be it Mozart, Wagner or the latest contemporary novelties. Mahler could do them all, and expected his performers to follow suit.

The skeptics could not have been more wrong. Mahler turned out to be a charismatic and supremely well-organized conductor who knew precisely what he wanted from an orchestra and how to get it. He continued his exacting work methods at the Met, making his debut on New Year’s Day 1908 with a painstakingly prepared performance of Wagner’s “Tristan und Isolde” that was enthusiastically applauded by the city’s music critics for its “finely spun texture” and “iridescent web of tone.”

Mahler then demanded, and received, an unprecedented 15 rehearsals for Mozart’s “Don Giovanni,” which had long been presented by the Met, according to music critic W. J. Henderson, as “a bargain-counter attraction.” He forged an immaculate ensemble guaranteed to make connoisseurs of “golden age” singers salivate, including Emma Eames, Marcella Sembrich and Feodor Chaliapin. Then Mahler turned to Beethoven’s “Fidelio.” After the final curtain, wrote Henderson, “the house went crazy.”

Unfortunately for Mahler, and the Met, it was over all too soon. An unexpected change in management brought Toscanini to the company for the 1908-09 season, and a clash between these two giants, polar opposites in their tastes and priorities, was inevitable. Given the circumstances, Mahler needed little encouragement to accept the Philharmonic’s invitation to become its music director in 1909.

Mahler reigned supreme at Carnegie Hall. His intensely focused, highly charged interpretations, with their unusual coloristic touches and rhythmic freedom, demanded close attention, but audiences approved of what they heard.

Apart from a few hostile critics and the usual rough-and-tumble of a busy conductor’s life, Mahler found the music scene in New York relatively benign after the poisonous musical intrigues he had endured in Vienna. Mahler enjoyed a full social life and established many close friendships; indeed, the once accepted portrait of Mahler as a tormented and solitary ascetic, literally hounded to death by New York’s society-oriented music community, now seems to have been largely a fiction created by the self-serving memoirs of his wife, the beautiful and flirtatious Alma.

Mahler was hardly free of cares during those final three years. Several months before arriving in New York his 4-year-old daughter had died, and he himself had been diagnosed with a heart infection — endocarditis, a slow-moving disease but invariably fatal in those days. Another blow came in 1910 when he discovered that his beloved Alma was having a torrid affair with the architect Walter Gropius.

Nevertheless, Mahler never stinted on his work with the Philharmonic as he prepared one concert after another, learned new scores, toured with the orchestra and kept up with his summer composing schedule. He even found time in August 1910 to visit Sigmund Freud back in Europe to help him through the Alma crisis.

Mahler left New York in April 1911, and died in Vienna the following month. Still, fleeting traces of his influence on the Philharmonic may be heard even today. He reorganized the orchestra, hired new musicians, rehearsed them tirelessly and greatly increased the number of concerts, laying the foundation of the orchestra we know today.

Indeed, even some Philharmonic musicians acknowledge feeling an extra sense of commitment when they play a Mahler symphony today, simply because the composer had once lived and worked with their predecessors.

Bernstein certainly agreed. Perhaps more than any conductor of his generation, he strongly identified with Mahler and helped bring his music into the mainstream of the orchestral repertory. “I am Mahler,” Bernstein said on more than one occasion, implying not so much an actual reincarnation as a repository of his all-embracing musical spirit. Small wonder that Bernstein is buried with the score of Mahler’s Fifth Symphony placed over his heart.

It was Mahler’s freshly imagined interpretive style of orchestral performance, its special qualities of instrumental blend, dynamic nuance and rhythmic plasticity that both inspired the musicians of the Philharmonic and mesmerized New York audiences all those years ago. What did a typical Mahler concert sound like? We will never know. But the sheer expressive boldness of those vast, risk-taking late-Romantic symphonies tell us that Mahler the composer and Mahler the conductor surely inhabited the same musical world.