Media
What do conductors actually do?
February 19th, 2014
Tags: conductors 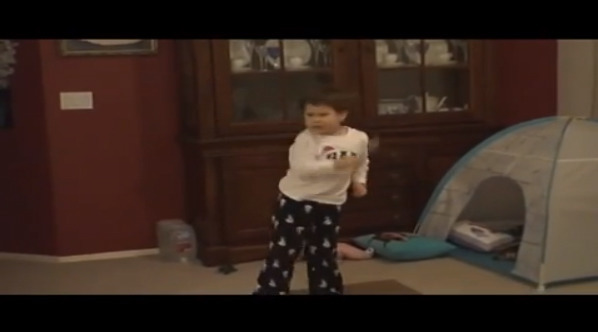 Review of ‘Inside Conducting’ by Christopher Seaman


Conductors love telling stories, especially stories about other conductors, and every chapter of this otherwise determinedly pragmatic book begins with one. Perhaps the most telling concerns a ‘famous conductor’ who mistakenly gave a massive downbeat in a bar that was supposed to be silent. The orchestra, reading the score correctly, did not play. Voice from the back of the violas: ‘He doesn’t sound so good on his own, does he?’

The anecdote illuminates the driving question behind this book, the one we’ve all wanted to ask while fearing to sound ignorant: what do conductors actually do? Some are sceptical. The Polish pianist André Tchaikowsky told Christopher Seaman that he never looked at conductors ‘because he couldn’t understand what any of them were doing’. Others find it a hard question to answer. In 2012, the music journalist Tom Service interviewed six great conductors about ‘how they do it’. It was fascinating, but you walked away from Music as Alchemy almost as mystified as when you walked in.

Now Christopher Seaman, who is renowned for his teaching work at the Guildhall School of Music, and has conducted at the highest level, provides a barrage of straight answers. Most are directed towards real would-be conductors, rather than bedroom-mirror amateurs, but there’s plenty for the outsider looking in.

Getting started is one answer — and it’s about more than just giving a big downbeat (in the right bar). ‘Your whole personality (especially your face and eyes) has to give the sense of assurance and expectancy that inspires an orchestra to play.’ Controlling tempo and dynamics is another answer. Baroque ensembles can get away with having no conductor, Seaman argues, but the 80-odd musicians of a modern orchestra could never agree on the shape of a Romantic rubato (‘robbed time’, a kind of lingering that’s paid for later) without a conductor to describe it in the air for them.

Things a conductor can do with his left hand

The conductor’s work is not often discussed in such plain detail. Conducting is ‘like riding a horse not driving a car’. A tighter grip on the baton produces a harder tone. Keeping the arms moving upward very slowly can restrain an audience’s desire to rush to clap after a quiet ending. In a revealing chapter (the chapters are very short) on why orchestras can seem to play late, rather than with the baton, Seaman asserts that the opening chord of Mozart’s Magic Flute overture ‘has more majesty and radiance if I allow an orchestra to place it slightly after the beat’.

Demonstrativeness, above all, is to be avoided: ‘I sometimes tell students who thrash around ineffectively with paroxysms of emotion that they’re meant to be cooking the music, not eating it.’ (Or, as Richard Strauss said, ‘Don’t sweat — let the orchestra sweat. Don’t weep — let the public weep.’) Even on less tangible tasks, Seaman is plain-spoken. The conductor acts as the ‘artistic conscience’ of the orchestra, he believes, and its human face: ‘Musicians dress like Victorian morticians,’ he jokes, ‘so the public needs to see that we’re real people.’

At times, the practical-mindedness teeters on the maniacal. We are offered a way to teach audience members how to cough into a sleeve, and a method for carving our own baton out of a wooden dowel and some cork sheeting. (‘I break about one stick a year, usually by accidentally hitting a music stand,’ he mentions, as an aside. He is very much not the kind of conductor that would break it on a dunder-headed timpanist.) On the necessity of ‘travel and packing’ (chapter 45), Seaman advises decanting ‘shampoo and other liquids into small plastic bottles (nalgene is one of the strongest materials) unless you don’t mind using the stuff the hotel provides.’

The problem is that Seaman isn’t quite sure who he’s addressing. Anyone who can read his musical quotation of Rosenkavalier well enough to see that the way the harmonies are written creates a ‘giddy’ effect is unlikely to need to be told that conductors must ‘learn to listen for what works and what doesn’t’, or that ‘big choirs go flat’. And there’s disappointingly little on choral conducting (surely one of the biggest consumers of semi-amateur conductors around).

One priceless choral observation does stand out, however. ‘I’ve often noticed that in the chorus “For unto Us a Child is Born” from Handel’s Messiah, the sopranos wear a glum expression with “oh no, another mouth to feed” written all over their faces,’ Seaman declares. ‘If I ask them to look like happy midwives, their sound brightens immediately.’

This book certainly demystifies the art and the figure of the conductor. The danger is that it takes it too far. After reading this book, you may now know why conductors wave their arms about in the way they do, but you will still need Tom Service to tell you what magic Gergiev has got that Mariss Jansons hasn’t.