Media
What Did Bach Sound Like to Bach?
November 6th, 2020
Tags: composers, miscellaneous 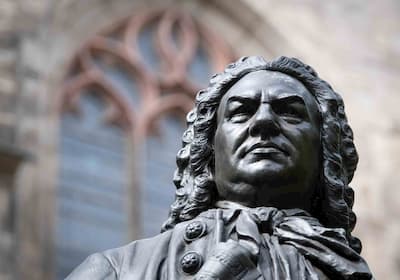 It’s commonly believed that space—and the sounds it reflects, dampens, or amplifies—affects composers, not unlike the way natural light is thought to have influenced the compositions of the Impressionists or the physical quirks of celluloid film shaped the work of Hollywood filmmakers.

What then might have been the sounds conjured by the vaults and crevices of Leipzig’s Thomaskirche (or St. Thomas Church), the late Gothic church where composer Johann Sebastian Bach spent the last 27 years of his life as Thomaskantor and director of church music? It was there that Bach wrote some of his most famous choral pieces for the august St. Thomas Church choir, including 265 cantatas, the St. Matthew Passion, and Mass in B Minor, making Thomaskirche arguably one of the most significant performance spaces in the history of Western music. Full story.