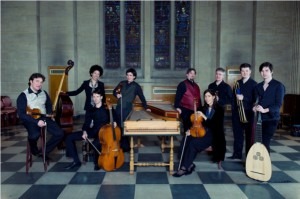 A violin concerto attributed to Vivaldi has been unearthed at the Dresden State Library by Icelandic scholar Johannes Agustsson. Said work, according to Vivaldi expert Michael Talbot, was composed around 1732 or shortly thereafter and represents a major breakthrough in our knowledge of Vivaldi’s late style.

“Themes, phrase-structure, form, style and violinist writing: all conform to the Vivaldian norm,” he told Classic Voice. “The solo part is exceptionally difficult, even for Vivaldi, making copious use of the ultra-high register in the solo part.”

Talbot believes the long and virtuosic piece in A major was written for Vivaldi’s friend and pupil Johann Georg Pisendel, who studied in Venice in 1716-17 and served as concert master at Dresden’s Hofkapelle starting in 1729.

Assuming that the piece is recognized as authentic, Talbot regards it as the most important Vivaldi concerto find since the discovery of the Turin manuscripts in the 1920s.

“Ordinary Vivaldi concertos turn up fairly often, such as the Gran Mogol Flute Concerto [did] recently,” he said. “But the unusual character of this particular piece — its late period, its considerable length and the extreme virtuosity its performance requires — sets it apart from the rest.”

The concerto is awaiting the final approval from the Vivaldi Institute in Venice, the only institution authorized to give the work a number in the RV catalogue. Its editorial committee has yet to reach a consensus, and even the two members who support the connection to Vivaldi (there are five — two pro, two con, one undecided) recognize the strength of some of the objections, which makes further investigation necessary. The violinist Adrian Chandler, director of the period ensemble “La Serenissima,” is to give the piece its modern premiere this September. Dresden hosts the largest number of Vivaldi manuscripts outside Turin.