Media
How video game music is finally getting the appreciation it deserves
August 29th, 2018
Tags: society 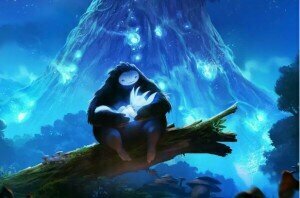 Ori and the Blind Forest: a spellbinding game with a score to match
(Photo: Microsoft Studios)

Lord of the Rings, Star Wars, and Harry Potter. Not to mention The Beatles.

As composer Gareth Coker prepared to record his latest score in the hallowed surroundings of Abbey Road with 93 musicians from the Philharmonia Orchestra, he found himself ruminating on a venue “packed with history – where all the titans have recorded”.

An ambitious new project had brought Coker to take his own place in the studio. But it was not a new big-budget movie that he was recording for. It was a video game. Full story.