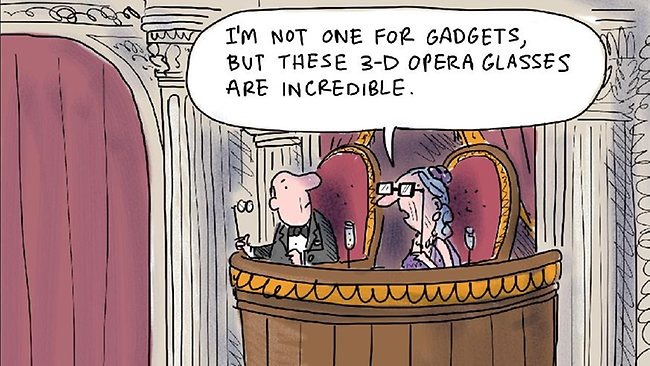 IT is a big year in the opera world; 2013 marks 200 years since the births of two giants of the standard repertoire, Giuseppe Verdi and Richard Wagner.

The two romantic composers were antagonists in vision and temperament, or leaders of competing musical parties.

It’s often said Verdi, whose arias were sung in the streets from Turin to Palermo, wrote the soundtrack to Italy’s liberal-nationalist unification: Va, pensiero, the slaves chorus from Nabucco, is a people’s lament for a homeland “so beautiful and lost” that became a rallying cry against Austrian occupation after the opera’s first performances in 1842. Wagner’s most famous champion, in contrast, was the dark lord of the Third Reich and the stain has proved durable. “I can’t listen to that much Wagner,” confessed Woody Allen. “I start getting the urge to conquer Poland.”

Verdi’s scores are propelled by Latin brio and powerful emotion: his most famous character, La Traviata’s consumptive heroine Violetta, is a former courtesan with a pure heart and her death never fails to bring showers of tears from the stalls and boxes. Wagner, on the other hand, is best known for a lugubrious 16-hour and four-part operatic colossus The Ring of the Nibelung, which was certainly viewed in the 1930s as an expression of German national spirit. Its subject is the world of gods and goddesses, not the frailties of men and women; and the whole thing ends in a conflagration that exults in heroic death. There are passages that are eerily other-worldly if not half mad. But there is no denying Wagner’s influence on musical history. He revolutionised the operatic art form; Verdi, on the other hand, merely evolved it.

While both Verdi and Wagner are well represented in opera houses across the world this year, there’s no doubt a buzz rises around each new performance of Wagner. Verdi, in contrast, is being rolled out in a much more muted fashion.

Why has Wagner eclipsed Verdi in their joint bicentenary? There seems little doubt that a year that has let loose an avalanche of performances of the complete Ring cycle in London, New York, Seattle, Frankfurt, Munich and Melbourne amounts to a mass rehabilitation for a composer whose name remains taboo in the Jewish community and whose operas have never been performed in Israel. This rehabilitation has been under way since the early post-war years, beginning in Bavaria in Wagner’s spiritual home, Bayreuth, but it has only now achieved a critical mass.

One of the reasons for Wagner’s ascendance this year is that the German composer tends to incite a form of benign fanaticism among music lovers. The Ring is delivered by a massive orchestra and big voices and admits you to a world of almost overwhelming sonic textures and thematic complexity, organised around repeated leitmotifs. Wagner fashioned orchestral music of rhapsodic ecstasy.

Of course the music is wonderful. But you can never really separate the man or the history from the work – and this is what stirs the coals of intrigue. His orchestration is always intoxicating but it’s his moral edginess – among other minor frailties the man was a scrounger and a sometime cross-dresser – that sustains the ambivalence. Wagner is loved. Wagner is loathed. And he is loathed by some who love him. As Leonard Bernstein put it: “I hate Wagner, but on my knees.”

One company that confronted the composer’s dark inheritance front-on recently is Dusseldorf’s Deutsche Oper am Rhein. Its new production of Tannhauser, an opera in three acts about sacred and profane love, is set amid the Nazi pogroms. The good burghers of Dusseldorf were unimpressed; after a stormy opening week the production was cancelled. It’s certainly the case, as the leader of the Jewish community in Dusseldorf told a reporter, that “Wagner had nothing to do with the Holocaust”. But did the Holocaust have something to do with Wagner?

Something rarely mentioned is Mussolini’s fondness for Verdi, despite the latter’s progressive passions. For Il Duce’s benefit, composer Pietro Mascagni once directed a mass chorus in Va, pensiero. Of course Verdi was no anti-Semite – quite the opposite. But, like Wagner, he was a romantic; and both wrote music saturated in national sentiment that was used to serve distorted nationalist ends. Despite their differences, they share a little more than an anniversary.