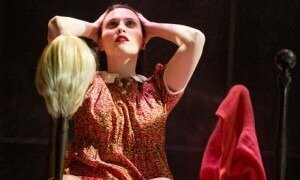 It is often argued that it is only when a nation is politically in decline that its culture reaches its highest point. Nowhere is this more true than it is of Venice. The capture of Constantinople by the Ottoman Sultan Mehmet II in 1453 was the first stroke of her death-knell as a maritime and mercantile nation; and as Turkish power spread, all Venice’s trading colonies in the eastern Mediterranean were lost. But already by 1500 two further blows had fallen: the discovery, first of the New World and then – only a year or two later – of the Cape Route to the Indies. And so, gradually, the truth dawned: the Mediterranean had become a backwater.

As Venice’s political fortunes declined, however, her culture flourished. In the art of painting the Renaissance was late in its arrival, making its appearance only in the second half of the 15th century with Giovanni Bellini and his contemporaries heralding the glorious cinquecento that was to follow. As for music, it was still virtually all religious, firmly centred on the Basilica of St Mark, which already possessed not one but two organs, set in high galleries. This led to the practice of using two choirs, placed in different parts of the building – a practice that should have led to disaster, but somehow, under the guidance of Andrea Gabrieli and his nephew Giovanni, the two greatest Venetian musicians of their time, proved highly successful.

In the 17th century painting, for some reason, took a rest; music, on the other hand, came into its own – largely thanks to a single man, Claudio Monteverdi. Monteverdi came to Venice in August 1619, having spent some 30 years at the court in Mantua, during which he had become hugely popular as a composer of secular madrigals; and in 1607 he produced a work entitled La Favola d’Orfeo, which has a good claim to be the first example of opera as we know it. He had not given up church music – very far from it. He owed his appointment in Venice very largely to his superb Vespers of 1610, and during the 20-odd years that he spent as maestro di cappella at St Mark’s he continued to produce work of the highest quality, both religious and secular. Most surprising of all is perhaps his greatest opera, L’Incoronazione di Poppea; it seems hardly possible that this deeply pious man could, at the age of 75, write the music to this wildly licentious drama in which evil triumphs. Towards the end of his life he entered the priesthood, and it was as a priest that he died on 29 November 1643, aged 76. All Venice, we are told, went into mourning.

By the beginning of the 18th century Venice had found a new occupation; she had become the pleasure capital of Europe, the Las Vegas of her time. Here the gambling was for higher stakes, the courtesans more skilful and obliging, than anywhere else on the continent. Carnival – during which the wearing of masks dissolved all inhibitions – went on for three months a year, and the arts flourished. Painting rose up again from its 17th-century nadir: the city was celebrated as never before by the vedutisti Canaletto and the Guardis, while the old Venetian fascination with light and colour reached its apogee in the work of Giambattista Tiepolo. A city of some 160,000 inhabitants could boast no fewer than seven full-time opera houses.

But the best music in Venice could be heard not in the opera houses, nor even at St Mark’s. It was to be found – and this was a purely Venetian phenomenon – in the four orphanages for foundling girls: the Ospedaletto, the Incurabili, the Mendicanti and, most famous of them all, the Pietà. In these institutions music occupied the most important place in the curriculum, and by the beginning of the century the standards were so high that the nobility regularly sought places for their daughters as paying students. On the south side of the Pietà there still exists a long inscription, threatening with fulminazione – being struck by lightning – anyone who tries to pass off his legitimate daughter as an illegitimate one in order to gain her admission.

The Director at the Pietà was Antonio Vivaldi. He wrote 45 operas, but none have entered the repertory – though l’Olimpiade was, for obvious reasons, produced last year at Garsington, and English Touring Opera is performing a concert of his work under the title Music for a Venetian Orphanage. With his death – in 1741 – Venice lost her last great composer. His only serious runner-up, Baldassare Galuppi, is now almost entirely forgotten – though his name lives on in Browning’s hauntingly beautiful poem.

In 1797 Napoleon Bonaparte brought the Venetian Republic to an end, and for the next 70 years the city was under foreign domination – sometimes Austrian, sometimes French – until in 1866 it finally became part of a united Italy. Strangely enough, however, when Venice lost her independence she also lost her creative genius. There were no more Canalettos or Tiepolos, Monteverdis or Vivaldis. New operas – and for the average 19th-century Italian, no other type of music existed – continued to be produced at the Fenice and other theatres; Rossini and Verdi were regular visitors. But they were not Venetians. We should also remember Richard Wagner, who in 1858 completed the second Act of Tristan in one of the Giustinian palaces, and who died in Palazzo Vendramin-Calergi 25 years later.

The last truly great composer to be associated with Venice was Igor Stravinsky. (I well remember seeing his grand piano, suspended from a high crane, perilously swinging outside his hotel window, through which it was shortly to be manoeuvred.) The first night of his Rake’s Progress, at the Fenice theatre on 11 September 1951, marked the apogee of musical life in 20th-century Venice. Stravinsky did not die in the city as he had hoped to do, but was buried, after a magnificent funeral, next to his friend Diaghilev on the cemetery island of San Michele.