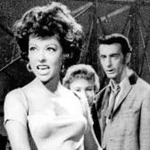 When you’re an opera you’re not necessarily an opera all the way. Such is the case with West Side Story – best known as a Broadway musical and subsequent movie musical. But there’s an operatic version of the Leonard Bernstein classic, and such a production will open Vancouver Opera’s 2011-2012 season.


The story of a white boy in love with a Puerto Rican girl, based on Shakespeare’s Romeo and Juliet, has been presented as an opera before – most notably in a recording conducted by Bernstein himself and even by Milan’s La Scala in 2000 – but to mixed results.

VO’s production will feature the expected Broadway elements – dancing, staging – but the voices will be operatic. “The quality of the singing is going to be Vancouver Opera standards,” said spokesperson Selina Rajani. VO declined further comment until the season is officially announced.

But an audition notice calls for artists with professional-level dancing, singing and acting skills. “Classical voice training an asset,” it states.

When West Side Story was first conceived in 1949, book writer Arthur Laurents had one proviso: “This is not going to be an opera, he said,” Bernstein reveals in a documentary about the making of the operatic recording. The record, an idea proposed by Deutsche Grammophon, featured Jose Carreras as Tony and Kiri Te Kanawa as Maria. It marked the first time Bernstein conducted the opera himself.

The recording was lauded by a 1984 New York Times review (with the exception of the unfortunate casting of Carreras, who is Spanish-born, as the white guy in this love story revolving around a culture clash) by noted American musicologist (and now the director of opera at New York’s Caramoor) Will Crutchfield, who asked: “What is the difference between a musical and an opera?” Later in the paragraph he responds: “The real answer is that there is none.”

“I was trying to think: What does an opera company bring to West Side Story,” says David Metzer, a professor of music at the University of British Columbia, specializing in 20th-century American music. “I think it gets more in the way of West Side Story than anything else.

Metzer points to the dearth of contemporary opera that’s made it into the repertoire. He says clearly such a production will be a box-office draw, but he wonders about the impact on other companies – such as the Vancouver Playhouse Theatre Company and the Arts Club Theatre – which regularly stage musicals. “It starts stealing repertoire from them,” he said.

“And I wonder what’s really being done to West Side Story in the process. I’d rather hear young music-theatre voices do it than hear opera voices do it.”

But City Opera Vancouver’s Charles Barber – who has conducted an operatic version of West Side Story for another company, in the United States – applauded VO’s decision to stage the work. “It is Bernstein’s most successful and most American achievement. It’s based on a story everyone knows and a tragedy that will never leave us. West Side Story is as good an American opera as Porgy and Bess. And like Porgy and Bess, it lives in both worlds: Broadway and the Met.”

Metzer has not seen a staged opera version of West Side Story, but he is familiar with the Bernstein recording – and he’s not a fan. “Opera distorts it. The opera voices distort it for me. I love Kiri but she just ruins the part.”

Parts of the documentary, incidentally, are available on YouTube, which Metzer re-watched this week. “It’s worse than I remembered it,” he said. “Much, much worse.”