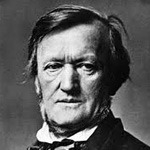 You may not know his ‘Ring,’ but if you’ve seen ‘Lord of the Rings’ or ‘Star Wars’ you’ve entered his musical universe.


Max Steiner, the pioneering film composer who wrote the music for “King Kong” and “Gone With the Wind,” was once complimented as the man who invented modern movie music.

“Nonsense,” he replied. “The idea originated with Richard Wagner. Listen to the incidental scoring behind the recitatives in his operas. If Wagner had lived in this century, he would have been the No. 1 film composer.”

That last point is debatable. (Try to imagine Wagner working for Harvey Weinstein.) But Wagner’s influence on film-music history certainly has been enormous, “probably more than any other single composer,” says Roger Hickman, professor of music at California State University Long Beach and author of “Reel Music: Exploring 100 Years of Film Music.”

Wagner’s 19th century music dramas, notably his “Ring” cycle, combined literature, visual elements and dramatic music in ways that would anticipate cinema’s fusion of the visual and aural arts a few decades later, adds Jeongwon Joe, associate professor of musicology at the University of Cincinnati and co-editor of the essay collection “Wagner & Cinema.” “Early composers and accompanists [in the silent era] openly acknowledged the influence of Wagner,” she says.

John Mauceri, who as founding director of the Hollywood Bowl Orchestra conducted plenty of film music — and who during his eight years with Leipzig’s Gewandhaus Orchestra also conducted plenty of Wagner — says that two aspects of Wagner’s musical universe “are as operative today as they were when he invented and developed them. One was how to tell, in musical terms, a dramatic story over a long period of time; and the other was how music should describe natural events as well as emotional states, in very specific translations of what we see and feel,” Mauceri says by phone from North Carolina, where he is chancellor of the University of North Carolina School of the Arts.

Central to Wagner’s theory of dramatic storytelling was the leitmotif (although he appears to have disdained the term), in which a recurring musical theme would be associated with a person, place or idea. “This idea was adopted by every film composer who came to Hollywood to write dramatic underscore, starting with Steiner and Erich Wolfgang Korngold, right through to today,” Mauceri notes.

He compares Steiner’s application of music at a critical moment in “Gone With the Wind” to Wagner’s use of Siegfried’s funeral music late in “Gotterdammerung.” Both, he says, take advantage of the power of memory: “As the body of Siegfried is being carried up the hill, through the mist, as the scene changes, we hear a series of recapitulations in which we as audience members go through the whole story to this point without a word being spoken.”

Steiner uses similar tactics in the 1939 film classic, Mauceri says, citing the scene halfway through the film when a starving Scarlett O’Hara (Vivien Leigh) wanders the fire-ravaged land and swears “I’ll never be hungry again.” Steiner evokes her father’s credo that land is all that matters by playing the Tara theme that opened the film and which represents the family estate.

“Wagner kept his leitmotifs in a constant state of flux,” notes Chicago musicologist Doug Adams, whose book “The Music of ‘The Lord of the Rings’ Films” will be published later this year. “It was not theme and variations. It was a grab-bag of material that was constantly evolving, constantly changing. That’s how Howard Shore treated all his thematic material in ‘Lord of the Rings,’ and that’s largely what Williams does in the ‘Star Wars’ and ‘Indiana Jones’ films. You have a prime version of these themes that is then deconstructed and evolved throughout the films — which is wonderful, and has obviously worked for generations.”

According to some accounts, Williams wrote at least 18 leitmotifs for the first “Star Wars” trilogy and augmented them with another seven or more for the second trilogy. “You can close your eyes and know who’s on the screen,” quips Hickman, who credits Williams’ swashbuckling, richly orchestrated “Star Wars” music for “the incredible comeback of the orchestral score” in late-1970s and early-1980s movies.

One of Wagner’s other innovations involved music matching physical movement on the stage or, as it would later become derisively known in films, “Mickey Mousing,” since music matching action was so commonplace in cartoons. “Hollywood didn’t invent this,” Mauceri says. “The refugee composers” —specifically Austrian-born Korngold and German-born Franz Waxman, both of whom fled the Nazi menace in the 1930s — “were carrying on the very thing that they saw every day in the opera houses.”

Most of the European-émigré composers in films were Jewish, yet none shunned Wagner despite his associations with Hitler, says Waxman’s son, John W. Waxman. “They recognized Hitler for what he was and despised him for what he did to their families, but they also recognized Wagner’s genius and embraced his music. After all, they grew up on Wagner,” he says.

The influence continues today, according to composer Elliot Goldenthal, who has worked in opera (“Grendel”) as well as films (“Frida”). “Grand opera made it to the grand movie palaces with a grand-sounding score,” Goldenthal says via phone from New York. “That trait carries on, whenever the producers are looking for a big, fat orchestral sound that is not dissonant, but has some gravitas. Often Wagner’s voicing and orchestration is the model.”

Goldenthal sees today’s comic-book epics as a modern equivalent to the myth-driven “Ring” — and he contributed to them back in the 1990s with scores for “Batman Forever” and “Batman & Robin.” “When Batman or Spider-Man enters the stage, you want some of that power behind them. And when someone pours $100 million into a movie, they want some weight, you know?”