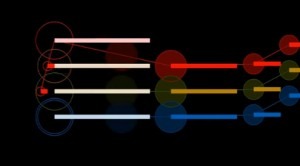 It was A Wednesday night in the Bedford-Stuyvesant neighborhood of Brooklyn, and 40 people—mostly millennials—sat cross-legged on a cramped living room, drinking craft beers and taking off their jackets to reveal the flannels underneath. Around 8pm, the introductions and recommendations for farmer’s markets died down, as Sam Bodkin stood to announce the night’s entertainment: two violinists, one cellist, and a violist playing selections of quartets by Haydn and Brahms.

Bodkin, the founder of Groupmuse, wasn’t always a fan of classical music. Growing up, he had the same vague connotations that many young people do: stuffy, boring, made for people with white gloves and white hair. But after a friend played him Beethoven’s Große Fuge Opus no. 133 in college, he was hooked. “It was such frantic and bothered music, even though it was written in the 1820s,” says Bodkin. “I became an overnight evangelist, making mixtapes for anyone who would listen.” Full story.