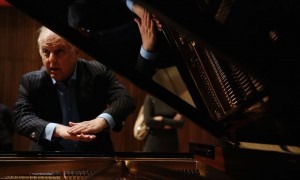 Little has seemingly changed in piano design over the past century and a half, but over that time several distinguished pianists have tinkered with the instrument to serve their needs, including the five musicians below:

The newest addition to the family of unconventional pianos is an instrument that Daniel Barenboim and Belgian Chris Maene debuted on Tuesday at the Royal Festival Hall in London. Though it looks like your traditional piano, the insides have been radically reconfigured, with the help of Steinway & Sons. Most notably, its strings run parallel rather than diagonally. The result is a more “transparent” sound that’s akin to historical instruments, according to Barenboim. He says, “There is a difference in the quality of the sound… It has more transparency, more clarity and by itself, less blend but it gives you the opportunity to create a blend yourself as a player – and I like that.” Full story.