Media
Tombstone Tourism’s Last Stop, a Plot of Your Own in Vienna
November 27th, 2019
Tags: destinations 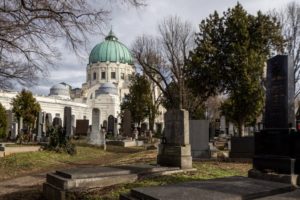 Vienna’s Central Cemetery is the second largest cemetery in Europe, and a prime stop on the European Cemeteries Route.CreditGabor Schlosser for The New York Times

In the city’s Central Cemetery, where Beethoven and Schubert lie, a company is offering music lovers the chance to join them for eternity.

Vienna’s No. 71 tram leaves from outside the old Vienna Stock Exchange building in the city’s central district, and reaches the end of the line 40 minutes later, at the gates of the Vienna Central Cemetery. Full story.