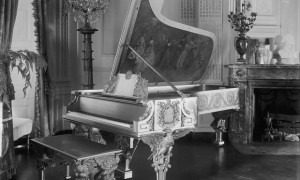 When Theodore Roosevelt took office in 1901, America was in an era of great technological and industrial growth. Within the previous half-decade, Alexander Graham Bell had invented the telephone, Thomas Edison had invented the modern light bulb and railroads connected the country from coast to coast.

Classical music was also flourishing, and the dawn of the 20th century brought a musical revolution in the nation’s capital. The White House was embarking on what Elise K. Kirk, author of “Music at the White House,” calls a “golden age,” in large part as a result of the generosity and interest of Steinway & Sons. Full story.