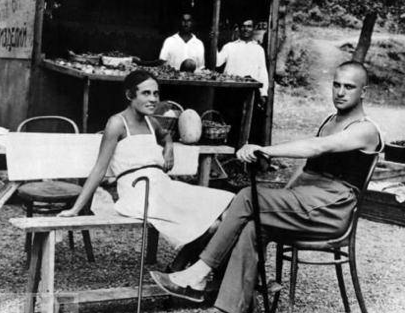 A libretto is more than just an excuse for some music, especially when writing a new opera about Russian poet Mayakovsky.


Opera librettists are modest types. This is mainly because they are forced to be: operas are, after all, all about the composers. Mention The Marriage of Figaro, and most people will think of Mozart. Few will remember Pierre Beaumarchais, who wrote the play that the opera is based on, and almost no one will be able to name Mozart’s librettist, Lorenzo Da Ponte.

This junior position isn’t necessarily cause for complaint – librettists know well that that the composer is taking on the bulk of the work. But I’ve sometimes been shocked by how dismissive the music world can be about libretti.

Collaborations are as various as artists are, and texts for contemporary operas are generated from all sorts of sources. In the various collaborations I’ve been involved with – to date, seven libretti for four different composers – the words have always been written first. And in this sort of collaboration, the composer depends on me to create the ideas and the structures which will inform and support his or her work.

Most importantly, a libretto is a text written for performance. Opera isn’t a concert with costumes and movement: it is a work of theatre. A good libretto will create the blueprint not only for the music, but for the opera’s theatricality. In the words are the seeds for the opera’s ideas, its drama, its formal shape, its theatrical images, its emotional power.

Over the past three years, I’ve worked with Michael Smetanin on our fourth opera, Mayakovsky, which draws on the life and poetry of the revolutionary Russian poet, Vladimir Mayakovsky. It’s been our most satisfying collaboration to date. From the very beginning, the opera has been forged from intense conversation: about Mayakovsky himself, about theatre, about music, about the ideas – musical, poetic and intellectual – we both wanted to emerge in the eventual work.

In this case, we both had definite structuring ideas. Michael had created a spectral analysis of Mayakovsky reading one of his most famous poem, Listen. He wanted to structure the score from the analysis, and sent me a baffling graph that I promptly lost. I, in turn, had ideas on its theatrically, drawing from Mayakovsky’s plays. I wanted to incorporate recordings of Mayakovsky’s poems in Russian, and made my own English variations, with the idea that these would be projected as surtitles as part of the opera’s visual design.

For a wordsmith, the spectral analysis was an attractive idea (who could resist the notion of Mayakovsky’s voice literally structuring the opera?) but was meaningless in terms of writing words. It had to be translated into prosodical terms that I could use. I picked up the poem Listen, and extended it as a metaphor through the libretto. Michael in turn picked up the idea of recorded poems and incorporated them as electronic features of the score.

We argued our way through 11 drafts of the libretto until both of us were happy with the text. And then Michael began the score, the second part of our collaboration. This involved further long conversations: making scenes longer, making scenes shorter, writing lines of exactly 11 syllables to permit a certain musical idea, and so on.

The result is a work that reflects both of our preoccupations: the opera is a collaboration, which neither of us could have written without the other. Words and music together create a complex body of theatrical, musical and poetic ideas that mutually inform and extend each other. In short, a libretto is not simply an excuse for some music. If the music is the flesh, the libretto is its bones.