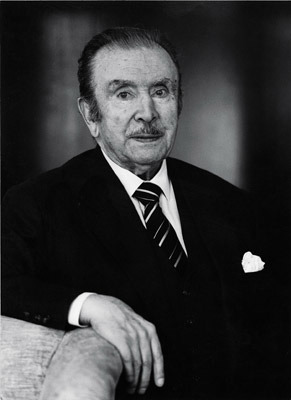 This inner torment has put paid to many careers.George Harrison, Barbra Streisand and concert pianist Claudio Arrau have been crippled by it.

Music performance anxiety can blight lives and end careers, yet speaking about it remains taboo, according to Sydney University academic Dianna Kenny.
”It’s a hidden torment,” Professor Kenny said. ”There’s a lot of superstition. People think it’s contagious, so that if you talk about it you are going to infect your fellow musicians … no one wants to admit to it.”
In Australia, up to 30 per cent of orchestral musicians take beta-blockers as a way to cope, she found.
Professor Kenny recently surveyed 357 musicians from Australia’s eight premier orchestras and discovered that 106 used the cardiac medication to relieve performance anxiety.
”And that’s not the ones who just take the odd [beta-blocker] here and there,” she said. ”That’s for every concert.”
Yet the results of her study did not surprise the professor of psychology and music in the university’s Department of Performance Studies.
They were consistent with findings overseas, she said.
”I’ve worked with people who have been professional musicians for 20 or 30 years and they tell me that there is not a single performance when they have not had to ingest a large number of pills – beta-blockers, anxiety medication, alcohol, you name it – in order just to get through the performance,” she said.
Professor Kenny’s preliminary findings are contained in her new book, The Psychology of Music Performance Anxiety, a landmark study of the subject. She interviewed dozens of orchestral musicians, from young performers to mature musicians, about their experiences as part of the book.
A psychologist and musician who trained in piano, violin and voice, Professor Kenny knows first-hand how debilitating the condition can be.
”As a musician I suffered from extreme music performance anxiety,” she said.
”It was one of the reasons I didn’t pursue a performing career.
”I would practice my recital pieces and in the privacy of my own practice studio everything went beautifully.
”Then I would get into the performance and a quiet panic would set in.”
She would start to tremble, experience memory lapses – all classic symptoms.
Performance anxiety is more acute in musicians than other performers, according to Professor Kenny.
”With public speaking or acting, the task to be performed is not as complex as a musical task.
”[An orchestral musician] is totally exposed. One wrong note and it reverberates.
”If [the musician] has a memory lapse they have to pick up in a way that doesn’t throw the whole orchestra.”
Although she worked primarily with orchestral musicians, rock musicians were just as likely to be affected by musical performance anxiety.
Beatle George Harrison was so anxious ahead of the celebrated 1967 worldwide broadcast of All You Need is Love he did not want the cameras on him during his four-bar solo.
Barbra Streisand gave up live performance for 27 years after she forgot the words to a song during a Central Park concert.
”Everybody thinks, ‘Oh these people are so lucky, they’re famous, they’re rich, they can do anything they like, they have this wonderful talent’,” Kenny said.
”But you don’t always see the external manifestations of the amount of internal torment these people are suffering.”
She believed training institutions had a responsibility to address the issue, but teachers were often ill-equipped to do so.
Professor Kenny said musicians could learn to cope with performance anxiety with the aid of psychological therapy. But there was a need for skilled specialists.
She is trialing a short-term program of dynamic psychotherapy among a number of musicians.
The Psychology of Music Performance Anxiety is published by Oxford University Press