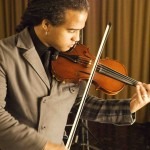 MUSIC is a mystery. It is unique to the human race: no other species produces elaborate sound for no particular reason. It has been, and remains, part of every known civilisation on Earth. Lengths of bone fashioned into flutes were in use 40,000 years ago. And it engages people’s attention more comprehensively than almost anything else: scans show that when people listen to music, virtually every area of their brain becomes more active.


Yet it serves no obvious adaptive purpose. Charles Darwin, in “The Descent of Man”, noted that “neither the enjoyment nor the capacity of producing musical notes are faculties of the least direct use to man in reference to his ordinary habits of life.” Unwilling to believe that music was altogether useless, Darwin concluded that it may have made man’s ancestors more successful at mating. Yet if that were so, you might expect one gender to be musically more gifted than the other, and there is no evidence of that. So what is the point of music?

Steven Pinker, a cognitive psychologist best known for his book “The Language Instinct”, has called music “auditory cheesecake, an exquisite confection crafted to tickle the sensitive spots of at least six of our mental faculties.” If it vanished from our species, he said, “the rest of our lifestyle would be virtually unchanged.” Others have argued that, on the contrary, music, along with art and literature, is part of what makes people human; its absence would have a brutalising effect. Philip Ball, a British science writer and an avid music enthusiast, comes down somewhere in the middle. He says that music is ingrained in our auditory, cognitive and motor functions. We have a music instinct as much as a language instinct, and could not rid ourselves of it if we tried.

Music can mean different things in different cultures. But although it is culturally specific, some of its building blocks are universal: melody, harmony, rhythm, the timbre produced by a variety of instruments and the distinctive style added by particular composers. Almost all musical systems are based on scales spanning an octave—the note that sounds the same as the one you started off with, but at a higher or lower pitch. Pythagoras, a Greek philosopher who lived around 500BC, is said to have discovered that notes that sound harmonious together have simple ratios between their frequencies: for example, one that is an octave higher than another has double the frequency. The Pythagorean “diatonic” scale, still the basis of most Western music, is made up from seven notes. But it is far from the only one. Javanese gamelan uses two scales with different numbers of notes; North Indian music has 32 different scales. Arnold Schoenberg devised a 12-tone scheme of atonal music about a century ago.

Mr Ball goes through each component of music in turn to explain how and why it works, using plentiful examples drawn from a refreshingly wide range of different kinds of music, from Bach to the Beatles, and from nursery rhymes to jazz. If you can read music, you will find yourself humming aloud to see what he means. If you can’t, you might occasionally get lost among the technicalities. But before things get too rarefied, Mr Ball’s facility for conveying complex facts in simple language comes to the rescue.

His basic message is encouraging and uplifting: people know much more about music than they think. They start picking up the rules from the day they are born, perhaps even before, by hearing it all around them. Very young children can tell if a tune or harmony is not quite right. One of the joys of listening to music is a general familiarity with the way it is put together: to know roughly what to expect, then to see in what particular ways your expectations will be met or exceeded. Most adults can differentiate between kinds of music even if they have had no training.

Music is completely sui generis. It should not tell a non-musical story; the listener will decode it for himself. Many, perhaps most, people have experienced a sudden rush of emotion on hearing a particular piece of music; a thrill or chill, a sense of excitement or exhilaration, a feeling of being swept away by it. They may even be moved to tears, without being able to tell why. Musical analysts have tried hard to find out how this happens, but with little success. Perhaps some mysteries are best preserved.

The Music Instinct: How Music Works and Why We Can’t Do Without It. By Philip Ball. Bodley Head; 452 pages; £20. Buy from Amazon.co.uk