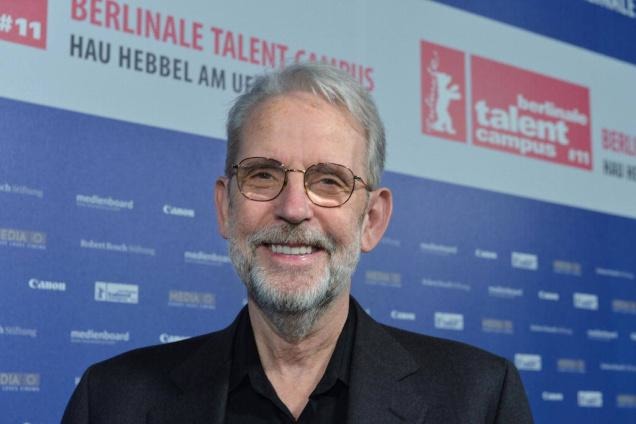 A fan of silences: Walter Murch

A vivid presentation by legendary sound engineer Walter Murch on the dynamics of sound in film that leaves the audience transfixed.

Think of sound as a fabric, smooth and cruel like silk or rough and warm like tweed,” said Walter Murch to an audience breathlessly hanging on to his every word.

It was a master class that created images to describe sound. The Oscar-winning (Apocalypse Now, The English Patient) sound designer and editor was speaking at the 11th edition of Berlinale Talent Campus. Part of the 63rd Berlin International Film Festival, the theme for this year’s Talent Campus was “Some Like It Hot – Filmmakers as Entertainers” and featured directors such as Paul Verhoeven (Basic Instinct) and Jane Campion and actors including Holly Hunter and yesteryear bombshell Anita Ekberg sharing their knowledge and experiences with film students.

Starting at the very beginning, Murch spoke of sound and space in the womb. “Sound is the first of the senses to be turned on at four-and-a-half months.” While in the womb there is no sense of space and self; outside the womb, the child understands causality and sound — how actions such as clapping hands, snapping fingers or dropping a plate creates different sounds, Murch said.

Murch recalled his ground-breaking work in Francis Ford Coppola’s The Godfather (1972) to illustrate the use of causality to enrich the narrative. He recalled the restaurant scene where Michael Corleone (Al Pacino) avenges the attempt on his father’s life.

“Coppola decided the scene would be in Italian with no subtitles, which meant that unless you understood Italian, the dialogue was unintelligible. Coppola also didn’t want music to dilute the tense scene. The challenge was in conveying the tension in a non-intrusive way. I grew up in New York close to where the scene was shot and decided to use the sound of the train. There is no direct causality as there is no train in the frame but there is a deeper causality. When you use the sound like music, it functions as an X-ray of what’s going on in Michael’s head. He is about to kill two people, and his dream.”

Describing film and music as “yin and yang,” Murch stressed on their necessary balance. “Music can be overpowering, like steroids. Filmmakers use music as steroids for emotions; not trusting the audience’ emotion. The Godfather lets the audience feel the emotion without music.”

In Apocalypse Now, Coppola’s 1979 retelling of Joseph Conrad’s Heart of Darkness set against the backdrop of madness of war in Vietnam, Francis wanted the sound to surround the audience; he wanted the explosions to be felt rather than heard.”

The iconic opening sets the sonic landscape of the film — the hiss and ominous throb of the choppers are heard before they are seen. As we look at a tightly-wound Martin Sheen in a hotel in Saigon, “We can hear the jungle even though we are looking at a hotel room in Saigon; we are inside Sheen’s head. The sound of the city morphs into the sound of the jungle.”

Murch warns against the danger of over-articulating the surround saying, “You run the risk of taking the audience out of the trance. There is a small window for the sweet spot of between two to three decibels — more is intrusive, less the audience cannot hear. You don’t ever want your audience to say “so what?” You don’t want habituation — getting so used to certain things that it almost disappears like temperature or the sound of traffic.”

Once the floor was thrown open, the questions came thick and fast. One of the first was about working with composers. “Music is what it is; it embodies its own meaning,” explained Murch. “If you throw music in the end, it isn’t nourishing. If the music is made before the movie is shot, the actors know the partner they are dancing with.”

For all the sound and light of the movies, Murch is a fan of its silences. “Cinema is the only art form that can use silence. Cinema is a theatre of thought. In The Conversation, (1974) Gene Hackman’s character is a sound recordist. The second half of the film does not have much dialogue. Just as you appreciate stars better on a moonless night, you appreciate sound in the absence of dialogue.” Murch cited Touch of Evil, No Country For Old Men and Wages of Fear for the effective use of silence.

What makes an editor? “The ability to work long hours in a dark room and a sense of rhythm and story are the basic requirements. I take pretty detailed notes and study it like an explorer studies a map and then I almost never refer to them again. It is a good training, like artists studying anatomy. I would encourage that kind of discipline,” said Murch

“The crucial point of editing is to know where the cut point is. Never decide by scrolling the scene. You have to feel it by music and emotionally. Every film has a definite rhythmic signature,” he adds.
Mini Anthikad-Chhibber (The Hindu) / April 27, 2013