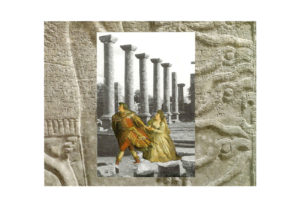 Nearly a century ago, when my ancestors landed in the United States as a family of Syrian refugees, my great-grandmother Nabiha’s name was changed to a more Americanized “Mona.” The story was always relayed in my family with matter-of-fact pragmatism, though no one caught the irony that the new name has its own roots in Arabic, Muna, which translates into “unfulfilled wishes.”

I think of this brand of Ellis Island castration often, especially in the context of opera, an art form I was introduced to by my Syrian grandmother. With extensive roots in the Middle East, opera’s own history is similarly cut off, obscuring the true extent of its legacy. Full story.