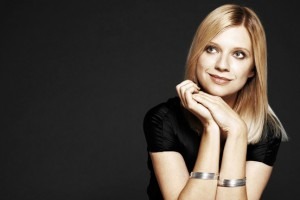 The YouTube channel of Ukrainian-born classical pianist Valentina Lisitsa has more than 55 million video views and 77,000 subscribers. She has played at New York’s Avery Fisher Hall, made a sellout London debut last June at the Royal Albert Hall and ridden her YouTube fame to a deal with a mainstream record label.

On Tuesday, Ms. Lisitsa will release “Rachmaninoff: The Piano Concertos” on Decca Classics. The pieces are some of the most demanding piano works in the concerto repertoire. (Film lovers might recognize the third concerto as the piece that pushed Geoffrey Rush’s character over the edge in the 1996 film “Shine.”) The album also includes the “Rhapsody on a Theme of Paganini.” Michael Francis, chief conductor of Sweden’s Norrköping Symphony Orchestra, who conducted the recordings, calls the works a “sort of Mount Everest” of the piano.

Ms. Lisitsa’s success online is rare for a classical musician. Other classically trained artists who have built up an online fan base—like the Croatian duet 2Cellos (about 61,000 subscribers) or the Welsh mezzo-soprano Katherine Jenkins (about 5,600 subscribers)—tend to be crossover artists, veering toward rock or pop, rather than straight classical performers like Ms. Lisitsa.

Born in Kiev in 1973, she began playing piano at early age and studied at the Lysenko Music School for Gifted Children, and later at the Kiev Conservatory. She moved to the U.S. in 1992 and eventually settled in eastern North Carolina. In 2006, she self-produced a DVD of 24 Chopin études and put it on Amazon, only to find that people kept stealing clips and putting them online.

“Finally I came up with the crazy decision to just put all 24 tracks on YouTube myself, as I couldn’t keep control of my product anymore. Then a strange thing happened,” says Ms. Lisitsa: Sales of her DVD shot up on Amazon. She adds, “I saw the power of YouTube.”

Since then, she has been posting videos—often filmed by her husband, also a classical pianist—of herself performing or preparing for concerts. Her online activity is interactive: She’ll put up a live-stream of herself practicing, or allow her fans to vote on what pieces she’ll play in a concert.

In 2009, Ms. Lisitsa began recording sessions for the Rachmaninoff concertos. To finance the project, she took out a mortgage on her home to raise the nearly $300,000 it took to hire the London Symphony Orchestra and book recording sessions at Abbey Road Studios.

“This is like putting all your money into a software product startup that might pay off big-time or might not,” says Joseph W. Polisi, president of New York’s Juilliard School.

By 2012, Ms. Lisitsa’s fame on YouTube had grown to the point that she was able to make her London debut at the Albert Hall. On YouTube, she live-streamed the sold-out show. YouTube’s content partnerships director Vivien Lewit, who helped organize the Albert Hall live-stream, said the viewing numbers for that concert were more typical of rock or pop genre events.

Separately, Paul Moseley, managing director of the label Decca Classics, ran across the pianist’s work online and approached her about an exclusive recording contract, which includes distributing the Rachmaninoff concertos she had recorded earlier.

The label is also making something of a gamble. Nearly all of Ms. Lisitsa’s recordings are available free on her YouTube channel. “It’s a sort of balance you have to strike,” says Mr. Moseley. “You would not want to be the big bad record company sort of restricting her communication with her fans.”

Ms. Lisitsa’s Rachmaninoff recordings have been at the center of a feature on her channel called “Rach Project,” in which she shares videos of herself practicing and recording the works. The pianist says she wants her viewers to see the unfinished, developing side of a polished release or concert. “There are millions of aspiring musicians around the globe but most of them have no idea how reach their goal,” she says. “I wanted them to see how it’s really made.”

Now, Decca will see whether her unusual gambit will pay off commercially. But to Ms. Lisitsa, the decision was an easy one, “In classical music people take this position, well if I don’t know it, it doesn’t exist,” she says. “People on YouTube are different—[they] have to make up their own minds. They’re very enthusiastic when they uncover it themselves.”