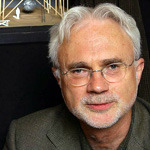 From discord to harmony, a composer’s life is never dull, writes the Pulitzer Prize-winning John Adams.


I began my life as a composer soldering together throwaway transistors and surplus circuit boards, attempting to make my dream synthesiser. Although I’d learnt to play the clarinet well enough to perform the Mozart concerto and had studied counterpoint and Schoenberg in my college classes, what really got my attention was the futuristic music on Sergeant Pepper and the crazy, planetary electronic sounds of Stockhausen and John Cage.

After moving from Massachusetts to San Francisco, I started doing “sonic events” carried out in oddball locations like a horticultural hall, a highway culvert, an abandoned Masonic temple or the back room of a theosophical bookstore. At the age of 30, which was about as old as Schubert was when he wrote his last piece, I was just beginning to find my voice as a composer.

In 1978, while living alone in a tiny cottage a block away from the Pacific Ocean, I read in the newspaper an interview with the newly appointed conductor of the San Francisco Symphony, a Dutchman named Edo de Waart. With characteristic candour, he said he had arrived in California without much awareness of American contemporary music, and he mused about how helpful it would be to have a composer to talk to and collaborate with. Normally any conductor expressing such a sentiment would be greeted by a throng of beseeching, unwashed composers, each carrying a pile of scores and, at least in those days, a box or two of magnetic tapes. (Nowadays composers just email you an MP3 sound file.)

I thought it might be interesting to meet de Waart, and a mutual acquaintance arranged a meeting. We got along instantly. De Waart had grown up in Amsterdam, and although he was quite puritan in his lifestyle – I never saw him drink anything other than a glass of orange juice – he was obviously amused by my San Franciscan attire and post-hippie lifestyle.

He asked to see some of my music. I wisely decided to conceal the nutty John Cage-inspired graphic pieces from him, but I did have a piece for strings called Shaker Loops that showed my interest in musical minimalism. Shortly after I conducted the orchestra at the San Francisco Conservatory of Music in my first piece for orchestra, another minimalist essay called Common Tones in Simple Time. The title pretty much said it all. But de Waart came to the concert and the following day I got a phone call telling me that he wanted me to discuss a commission for – yikes! – the San Francisco Symphony.

In his broad Dutch accent he described the piece he wanted, something for large orchestra and chorus, but without vocal soloists. De Waart was already changing musical life in the city with his beautifully paced performances of Mahler and Bruckner, and even though I had almost no experience with large orchestra and hadn’t written a note of vocal music in my life, something told him that I might be able to answer his request.
We were both crazy: he to risk embarrassment and criticism for commissioning a complete unknown, a hipster who had a reputation for tweaking the city’s music critics; and I for accepting an assignment that was likely to be wildly beyond my technical know-how.

I worked like a Nibelung for a full year. Composing a 30-minute work for full orchestra and chorus is a major labour-intensive event that tends to turn one into a serious sociopath. This is why composers can often be spotted wandering distracted in late-night supermarkets, muttering or humming to themselves, their socks mismatched and their glasses held together with sticky tape. But my New England Protestant genes seem to have triumphed over my Haight-Ashbury lifestyle, and I emerged a year later with a piece called Harmonium, with texts by Emily Dickinson and John Donne.

At the premiere in April 1991 the crowd onstage was enormous – 100 in the orchestra and nearly as many in the choir loft. Even the score was huge, a densely packed photocopy of my handwritten scrawl.

Not everything was perfect. There were terrible balance issues that were the result of my inexperience, and some patches of choral writing were unreasonably difficult to count. The chorus struggled not to get lost. But Harmonium made a big, powerful sound, a long way removed from my home-made synthesiser and aleatoric happenings. Instead of an audience of 20 other stoned composers there were nearly 3000 people in the hall, and it seemed that at least half of them actually liked the piece.

Harmonium continues to be performed. De Waart, heartened by its success, made a beautiful recording and went on to premiere other works of mine, including Harmonielehre, and my Violin Concerto. Recently I revisited his 1987 recording of my first opera, Nixon in China, which he conducted in New York. I was reminded again of his special way with my music, an intuitive understanding that most composers can only dream of.