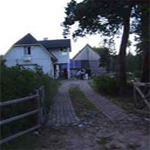 NAISSAAR, Estonia – In the Baltic Sea, about 45 minutes from Tallinn, the boat full of music devotees arrives at this near-desert island, then rides in army-style trucks past rusty Soviet war machinery and defused mines to a concert hall called Omari Barn – for music they can’t hear anywhere else.


Tanglewood meets Robinson Crusoe here at the Nargen Festival, an out-of-the-comfort-zone break from the venerable concert halls of Tallinn as well as an immersion into Estonian identity. It leaves little question why tiny Baltic republics, particularly Estonia and Latvia, have become a fierce force in classical music – a force heard with increasing frequency in Philadelphia, leaving audiences both startled and entranced.

“I never dreamed my music would be understood outside of Estonia,” said composer Veljo Tormis, 80, whose agitated, folk-based works at the Nargen Festival were a flashpoint in Estonia’s liberation and have since been taken up by the Temple University Concert Choir, among others. “But more and more, it seems people do understand.”

With nature dominating Naissaar (year-round population: two), the music is at home here (though another Tormis festival concert – full orchestra, chorus, and a huge video screen – filled the expanse of a former munitions factory in Tallinn with people in evening clothes sitting on makeshift bleachers).

Clearly, Estonians aren’t burdened by typical classical traditions. Other Baltic composers who have earned international reputations – not to mention mainstream discographies on labels such as ECM – sound nothing alike. The most popular, Estonian Arvo Pärt, 74, favors an ascetic, chantlike language. Extremes of exaltation and despair are neighbors in the music of Latvia’s Peteris Vasks. Estonian Erkki-Sven Tüür conjures hallucinatory journeys to the center of the Earth in symphonies with subtitles like Magma.

New compositional personalities seem to arise every six months, such as Eriks Esenvalds of Riga, Latvia, a former high school teacher whose spellbinding vocal works prompted the Philadelphia choir The Crossing to commission a piece it will premiere in June, while the first all-Esenvalds recording comes out this fall. Are there more high school teachers here who go home at night to write masterworks?

“Every composer has a day job,” said Esenvalds, 33, referring to his eight contemporary colleagues registered with the Latvian Composers Union. Now, he supports his family of three by singing in the National Choir of Latvia, which makes its U.S. debut in November at Lincoln Center’s White Light Festival, featuring Tormis at his craggiest.

Also apparent in the numerous popular recordings – titled Baltic Exchange, Baltic Voices, Baltic Runes – is the underlying kinship among these individualistic composers: Contemplative in some moments and mind-bending in others, the music is steeped in things elemental, with no place for superficial prettiness or irony. And after decades of Russian domination (1945-90), nobody tells them what to do.

Tüür is especially prone toward seemingly unthinkable fusions of sound, often involving electric guitars, tonal and atonal elements, minimalism here, modernism there – amid fantastical washes of sound. “Nobody told me that this was aesthetically wrong,” Tüür said. “So it was more or less my decision what I was going to do, and how I was going to write. This attitude is common nowadays.”

The rebellious edge bubbled up through the seemingly benign singing tradition Estonia and Latvia share from their common Lutheranism. The Estonian Choral Association has 30,000 members in roughly 1,000 choruses – out of a total population of only 1.5 million – and a vocal tradition has thrived in massive, outdoor song festivals, with particularly covert implications in the Soviet years.

Symphonic composers were closely monitored. “Moscow controlled everything,” said Tüür. “You had to be a member of the union and you had to be ideologically correct. Each score was bought by the Ministry of Culture, performed once and forgotten. And you were just happy with your money.”

Tormis might have been one of them: During his conservatory years in Moscow, he enjoyed personal recommendations from none other than Dmitri Shostakovich. Yet his encounters with folk-based choral works of Bela Bartok and Zoltan Kodaly prompted him to give up instrumental writing completely.

His concentration on folk-based choral works sat well with the anti-formalist, anti-elitist Soviet authorities. In fact, he was commissioned to write major works for song festivals as well as the 1980 Moscow Olympics (whose yachting events were in Tallinn). Both pieces became rallying points for what is often called “the singing revolution”: National solidarity arising from singing events aided Estonian independence when the Soviet regime began to totter in the late 1980s.

Tormis modestly says punk rock played a larger role in the revolution. He also claims his imaginative vocal writing – with chromatic clusters and simultaneous events that include chanting, shouting, and sighing – is just a matter of folk songs speaking through him. Conductor Kaljuste doesn’t buy that, and attributes Tormis’ stance to a time “when declarations were popular” and needed for survival.

In effect, Tormis created a template for a modern, personal compositional voice – the ancient gives birth to the modern – in an era that didn’t welcome such things. Some of the more raucous examples of his supposedly unmediated folk songs are barely organized street noise. It’s angry stuff, dating (not coincidentally) from the Soviet ’70s. “Well, naturally!” he says.

Sacred music also has a rebellious element: Though it wasn’t exactly banned under Soviet rule, Pärt’s unrelenting devotion to religious texts forced him to emigrate to Vienna in the 1970s. In post-Soviet Riga, people attended church if only to exercise their newfound freedom. Esenvalds comes by his sacred choral works honestly – he’s a devout Baptist – and though his music has intense chord structures suggesting electronic music, he is one of many who give Baltic music a contemplative aura.

“With a silent voice, you can say more than with shouting,” he said. “You can show more details, more atmosphere, more a sense of bigger space.”

The quietude is contagious even among street musicians. In one of Tallinn’s underpass tunnels, the young Argentine violinist Sebastian Wesman plays his own works, having been drawn to the Baltics two years ago, inspired by the selfless simplicity of Arvo Pärt.

“I used to play in secure, closed places. But when I’m here, I enter a state of defenselessness,” he said. “Not understanding the [Estonian] language means that I’m more concentrated on composing as a form of communication. My compositions changed radically here.”

His Lagrimas weaves simple melodies into a haunting, solitary dance, like the final movement of Pärt’s Symphony No. 4, which is so recent Wesman couldn’t have heard it before writing his own.

Is it something in the air?