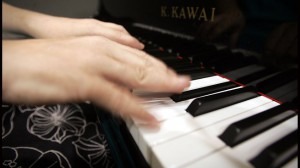 LLOYD Heale knew something was up when the music on the eighth floor stopped.

Late every afternoon in a tower in Toowong, above the Brisbane River, Beethoven or Bach would herald dusk.

Sometimes on the weekend, a Duke Ellington-type of jazz improvisation would meander through the air as the man who lived there would lose himself on piano or violin. He never played too loud or too long.

No one complained about the music. No one complained, which is utterly rare in apartment living these days when body corporate stoushes are legendary and warring tenants end up in court, because the music was beautiful. Most couldn’t tell if it was Bach’s Well Tempered Clavier or Beethoven’s Piano Concerto No.5 in E flat, op 73. They just realised how lucky they were.

Then the music on the eighth floor stopped.

“I didn’t realise until one Saturday afternoon when I’m doing some work and I realise there is silence, which was strange,” says Lloyd Heale, who lives directly under the eighth-floor apartment. “Usually Saturday, there’s music to do your chores to.”

Lloyd emails me to tell me this, because I’ve written on how hollow life is without music. At first he thinks the man on the eighth floor, Edgerton, Ed for short, might have died or moved. But he asked Shelley, who is an accountant and has small white maltese terriers and knows everything about the apartment block, and she said his wife had died weeks ago.

“Once upon a time,” writes Lloyd, “that would have been that. I would have gone about my life and not even mentioned it. I’m not a touchy feeling kind of bloke.”

Years ago as a young man Lloyd had been in trouble with police, a bit of a ratbag. The older blokes he knocked around with had gone to jail. “I realise how lucky I was to get out of that company. So I’ve simply have a motto to keep myself to myself.”

Now with his own building business, Lloyd has just come out of a battering divorce. “I was left with half the money and all the kids.” Fair to his wife, who went back to her family in the US, the kids are nearly off his hands, at high school and uni. Still, it was like sinking into a dark billabong.

Now he’s seeing if he can find the murky bottom with his feet and push his way to the surface.

“Some things in life just make you realise no one has the perfect life. We’re all just trying to get by.”

Something possessed him this Saturday afternoon. It had been about a month since Ed had lost his wife. Lloyd is thinking of going to the fridge, taking out a six-pack of beer and drinking the afternoon away watching sport.

Instead he goes out his front door, up the stairs and finds himself standing outside Ed’s door. “I have no idea what I was going to say. I actually didn’t expect anyone to answer so just knocked and then went to walk away.”

He answers. Ed’s tall and lean and straight in that Wayne Bennett way with a whiff of Baptist minister about him. “He looked like an empty pipe the wind could whistle through. Skinny as a kangaroo rat. The weight’s just fallen off him.”

“I don’t play any more,” says Ed and goes to shut the door quickly. Lloyd, built like stocky bulldog, was a debt collector’s offsider in his younger days and sticks his foot in the door. This infuriates Ed. “Bugger off,” he says.

Lloyd, realising he has just used bullyboy tactics on a thin, elderly, grieving man, pulls his boot out, saying: “Sorry. I will go away. Sorry about your wife. But a gift like that hidden away is ridiculous.”

They have a whacking big barney about privacy and minding-your-own-damn business and part company.

Now Lloyd is not a quitter. He’s not afraid to rush in where smart angels fear to tread, so he fronts up the next day and leaves a sympathy card. It says the usual things and then at the bottom he writes: “You know if you aren’t going to provide the music for this block of apartments, I will.”

Then he starts to play CDs no one should have to listen to, mostly Celine Dion back catalogue and an old Mark Holden that he found on a discount rack at Toowong shopping centre. Even Shelley’s terriers hate it.

The next night Lloyd’s trying to make Thai stir fry he saw once on MasterChef (another lesson a divorced man is learning, cooking for one) and nearly slips in the kitchen. There’s a puddle of water and when he looks up he sees water dripping from his ceiling. He stomps upstairs to Ed’s door. The dishwasher has leaked everywhere and the water was seeped through. “I’m sorry,” says Ed, “I will pay compensation.”

Lloyd sees his opportunity. “You can pay me in music tomorrow.” The next morning in the car park, Lloyd spots him: “So what will it be, Celine or you?”

Ed capitulates. Ask Ed why he finally gave in and started playing again and he will say: “It was the only way to shut him up.”

Neighbours are strange things. Neither related to us nor chosen as friends, they have an impact on our everyday happiness. Have good neighbours and it is reason to rise every day and give thanks to the universe. Bad neighbours are like a rotten tooth, always there, always annoying.

The day Lloyd emails me, I’m talking to a man at Garage cafe about going through the January floods. His house went under. I want to know the secret of being a good friend. Who came through? Who just couldn’t do it? What was the best way to help? He drinks his coffee and we talk around the subject for a while. Then he says: “My youngest sister, the last person I expected to be good in a crisis, just turned up and kept turning up, doing whatever needed to be done. And some neighbours too. It’s about just being there with you.”

It sounded familiar. I had heard those words years previously at a lecture on helping someone you love who is talking of self-harm and suicide. The lecturer, a woman with many letters after her name, said: “Be there. It proves you aren’t afraid to sit in the wreckage of their lives with them.”

It is what US poet Edward Hirsch calls “a lifebuoy in bruised waters”. Sometimes in throwing out a lifebuoy to another, it becomes our own.

I’d like to write that Lloyd and Ed become best mates and spend Saturday afternoons with Duke Ellington, laughing and drinking beer. They did do quite a bit of that. For about five months. Then one night about a week ago, quietly and without drama, Ed died in his sleep.