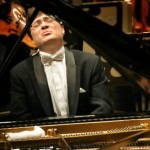 The Hungarian pianist and composer Bela Bartok famously said competitions should be for horses, not musicians. He refused to sit on competition juries because he didn’t want the decisions on his conscience.

Bartok would probably be appalled at what has happened in the world of piano competitions since his death in 1945. The same flaws are there and the “horse race” format has proliferated around the world.

Only five international piano competitions were held in 1945, rising to 114 by 1990, and now, by the count of the Alink-Argerich Foundation, a music information center based in The Hague, about 750 competitions are in existence, of which about 350 were staged last year alone.

But behind the black ties, strapless gowns and Oscar-like atmosphere of the finals lurks a world of naked ambition, sometimes corrupt judging and bitter disputes over the results.

Two controversies have erupted recently. Hortense Anda-Bührle, president of the Geza Anda competition in Zurich, publicly disavowed her jury’s decisions after the first round, deploring its choice of pianists who she said had merely played faster and louder. And the Van Cliburn competition in Fort Worth, Texas, ended in some disarray when the jury decided to award two first prizes, one to the Chinese teenager Hoachen Zhang, and the other, apparently a compassionate gesture, to the blind Japanese contestant Nobuyuki Tsujii. They both went home with $20,000.

Blogs have buzzed ever since with emotional exchanges among Cliburn listeners, many of whom feel that more deserving players were left behind.

What’s wrong here? First, competitions suffer from a lack of universal standards to guide the jurors, mostly a cozy group of piano teachers who circle the globe every year to pass judgment on the young players.

Indeed, the strenuous judging process is at the heart of the competition problem. I can sympathize. In my nine years on the board of the London International Piano Competition, I sat on the pre-selection jury and whipped through 60 or 70 videotapes of applicants in quick succession. By No. 40 or 50, my critical faculties were going numb and grading became more arbitrary. Jurors who spend up to two weeks in a dark hall listening to a parade of earnest young players suffer from the same sensory overload.

Sometimes the bias is personal. The much-recorded pianist and prominent musicologist Charles Rosen recalled for me his memory of the Leeds competition at which the Bach specialist Rosalyn Tureck voted against András Schiff in the finals. “She ousted him because he played Bach better than she did,” Mr. Rosen says.

Perhaps more sinister is the practice of jurors — often prohibited from voting for their own students — secretly trading votes with other jurors whose students are also competing. To complete the picture, teacher-jurors have been seen approaching the losers, offering to train them for future competitions — at which the teacher will also be judging. Such practices “will ultimately cannibalize the integrity of these competitions,” said Eugene Pridonoff, a piano professor at Cincinnati University.

Mr. Pridonoff suggests anonymity of contestants as the solution, with judges separated from one another so that conversation, body language and subtle forms of persuasion can be eliminated.

There is growing resentment among talented young players who feel abused by flawed judging, and they are beginning to rise up. A petition now circulating has attracted more than 500 signatures urging “transparency” and an end to the secret ballot. A questionnaire from the same people asks pianists to list jurors they would least like to perform for. The survey was organized by two competition level pianists.

“The system is broken,” Ivan Ilic, an American pianist in France, told me. “Competitions have lost their weight in determining careers.”

The temperature continues to rise as more pianists, notably from China, South Korea, Japan, Taiwan and Hong Kong, flood into the competition world just as concert career opportunities shrink. The Alink-Argerich Foundation data shows that since 1990 the percentage of Asian players has gone up from 21 percent to more than 35 percent, the Chinese showing the greatest leap ahead.

Perhaps the ultimate harm in the competition concept is its effect on piano style. The Italian virtuoso Roberto Prosseda says he quit the competition game because he found that too much of it can stifle one’s personal style. Juries generally want a “standard” performance.

If winners are able to adjust their playing for the public after their competition life, they might make a career. “Otherwise they will disappear when the next winner arrives,” he says.

He adds: “The public doesn’t want us to play the standard way perfectly. The public wants us to make them cry.”

Michael Johnson, an American journalist based in Bordeaux, served on the board of the London International Piano Competition from 1997 to 2005.