Media
Taxing the maestro with coughing can get returns
April 16th, 2014
Tags: audience 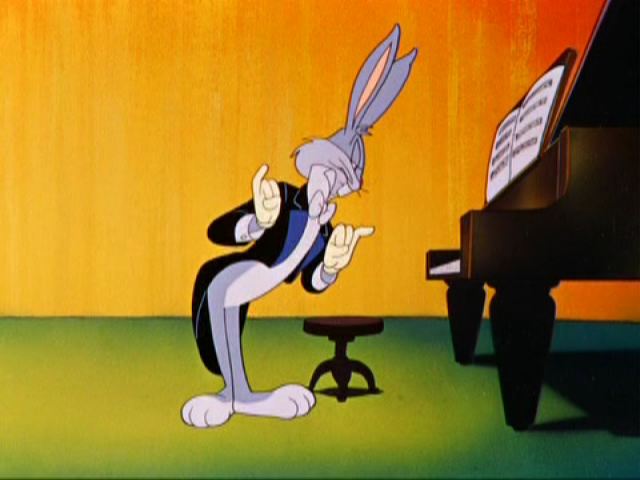 Few classical musicians would follow the lead of Bugs Bunny in the cartoon Rabbit Rhapsody and shoot an audience member for coughing.

Pianist Alfred Brendel, who penned a poem The coughers of Cologne, once warned an audience: ”Either you stop coughing or I stop playing.” At another recital, he reportedly told an audience to cough more quietly.

They seem like unreasonable responses, but a study of concert etiquette now blames audiences at classical music concerts for deliberately clearing their throats to express their dislike of or boredom with a performance.

German academic Andreas Wagener also says coughing is a form of tax avoidance in his economic analysis of concert etiquette, Why do people (not) cough in concerts?.

”Concert attendance with a strict etiquette is not pure fun: physical rigidity on narrow and hard concert chairs, speechless attendance and suppression of many vital functions, restraint on emotional expressions and social communication are quite taxing,” Wagener says. ”As with fiscal taxes, people try to avoid such impositions – by substituting taxed activities by untaxed or lesser taxed ones.”

He says concertgoers do not dare stand up during a performance to speak their mind ”but disapprobation can non-verbally and condonably be issued through coughing”.

Wagener’s study may sound frivolous, but he says an aversion to seeing classical music performed live may explain why audiences are shrinking. ”A strict concert etiquette is seen as a vestige of elitism and emphasises personal improvement over the indulgence and pleasure in the music,” he says. ”Especially, this turns off younger and less-educated people – even though they (might) like the music.”

Wagener’s analysis has been questioned by Andreas Ortmann, a professor of experimental and behavioural economics at the University of NSW.

”It is possible that a few deviant people use it as a weapon of disruption and that they do it because it is difficult to figure out whether coughing is genuine or not,” he says. ”But those cases I have not observed.”

A music psychologist at the University of NSW, Associate Professor Emery Schubert said the analysis raised interesting issues: ”It is an adversarial paper. It is nicely provocative.”

The co-author of a chapter in the upcoming book Coughing and Clapping, Schubert said concertgoers often coughed to mimic other members of the audience.

This occurred at a subconscious level and was thus involuntary even though it might express an opinion about the performance.