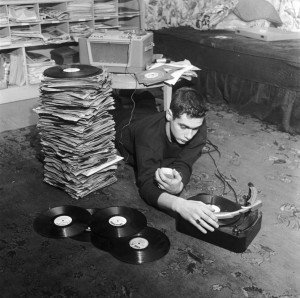 While you might think listening to sentimental music is depressing, researchers have found that listening to music we define as “sad” can have many therapeutic benefits. Orlando /Three Lions/Getty Images

Cameron Boucher writes songs for himself, his experiences, his discomforts, his emotions. The lyrics he pens for his band Sorority Noise are vivid in recounting what it means to be alive in his mind, in his body, in his way of life as a musician in a touring band.

Since being diagnosed with depression in 2012, Boucher has not only used music as catharsis, but to help dispel any stigmas surrounding mental illness. Full story.