Media
The Sounds of Music in the Twenty-First Century
July 5th, 2019
Tags: society 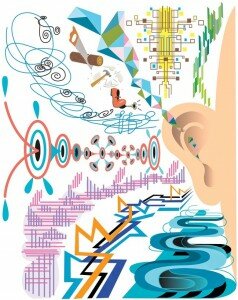 Contemporary composition has become as fractured as the art world—and that’s a good thing.

When the hip-hop artist Kendrick Lamar won the 2018 Pulitzer Prize for Music, in April, reactions in the classical-music world ranged from panic to glee. Composers in the classical tradition have effectively monopolized the prize since its inception, in 1943. Not until 1997 did a nominal outsider—the jazz trumpeter and composer Wynton Marsalis—receive a nod. Lamar’s victory, for his moodily propulsive album “damn.,” elicited some reactionary fuming—one irate commenter said that his tracks were “neurologically divergent from music”—as well as enthusiastic assent from younger generations. The thirty-one-year-old composer Michael Gilbertson, who was a finalist this year, told Slate, “I never thought my string quartet and an album by Kendrick Lamar would be in the same category. This is no longer a narrow honor.” Full story.