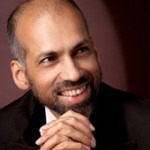 Hundreds of spectators – Palestinians and Israelis alike – crowded opposite the small stage, where dozens of young female singers (with a few boys among them too) stood excitedly, representing three choirs: the Jasmine Choir of the Magnificat Conservatory, run by the monastery; the Sawa Choir (which means “together” in Arabic) of Shfaram; and the Efroni Choir of Emek Hefer.


Yet the mounting excitement ahead of the concert – held two weeks ago in the small, crowded auditorium of the Franciscan monastery in Jerusalem’s Old City – did not reflect the political feverishness that had surrounded it until the last minute.

Only a few in the audience knew why the concert had been moved at the last minute from the spacious and well-lit Augusta Victoria Church on Mount Scopus to the small monastery. And those who did know, first and foremost among them the conductor of the Jasmine Choir and the director of the conservatory, Hania Sudah-Sabbara, did not let this dampen their mood. “We are making history here,” Sudah-Sabbara announced at the end of the concert, embracing Israeli and Palestinian singers as they all rejoiced.

The concert represented many years of collaboration between the Jasmine Choir and the Efroni Choir, conducted by Maya Shavit, and also celebrated the Sawa Choir, conducted by Rahib Hadad and Eva de Mayo, joining the partnership. The musical encounter was a friendly one, a “meeting of religions” as described in the Augusta Victoria program, and was not funded by the State of Israel. Nevertheless, Palestinian organizations asked the organizers not to go ahead with it.

After Operation Cast Lead in Gaza last winter, the demands intensified with many Palestinians agreeing to stop any expression of normalization with Israel until the end of the occupation. Though the Palestinian organizers, who support this approach, did not see the concert as a form of normalization but merely as a friendly meeting, they were asked to cancel it; when they refused, the church obeyed the call for a boycott and closed its doors to the choirs. And so it was that the young women found themselves standing right next to on another on the small stage of the monastery, waiting for the cue to open the concert with the Irish song “Blessing.”

In the front row, waiting his turn to take the stage and conduct, sat a man whose identity was unknown to most of those present. From his perspective, the concert and the events related to it represent just a portion of the conflicts around the world that he approaches from the position of conductor, educator and teacher. This is Andre de Quadros, who grew up and was educated in Mumbai, and who – at the height of a journey that took him to Thailand, Mexico, the United States, Sweden, India and Indonesia – came to Jerusalem to work with the choirs and set up an intensive workshop for young Israeli and Palestinian conductors.

“It’s important to me to work with conductors in order to empower them,” says de Quadros in an interview held before the concert. “Conductors have vast knowledge and are more connected than a rank-and-file singer or musician. They travel more and they have a desire to make an impact, and therefore they are also potential disseminators of information. My ambition is to help create the conductors of the 21st century and the choirs of the 21st century.

“This choir is completely different from the traditional choir,” he continues, “because it is an agent that relays information and it develops the audience that is around it. Today, singers actually need to involve themselves in the performance, not set aside their emotions – and so, from a new choral repertoire, social change will emerge.”

The concert he conducted in Jerusalem illustrated the connection between choir and society that de Quadros is nurturing. He cites several other examples from his current tour: “In Thailand I worked with a choir of prisoners from a jail in Bangkok. I saw the change happening in these people right in front of my eyes. In Sweden, in the morning I conducted one of the most amazing choirs in that country, where the musical level was unbelievable and the tone perfect, and every flick of a finger prompts an immediate response; in the evening, I conducted a choir of refugees who arrived there from all over the world – from Africa, South America and Arab countries. There was no way to communicate via a common language, they didn’t read notes and there was no shared language except song. At the end of one of the rehearsals, a 16-year-old boy from Congo came up to me, a boy who had experienced the horrors of the violence in that country … and told me – the conversation was in French – ‘I want to be like you.’ I asked him to explain and he said: ‘Because you change people’s lives.'”

De Quadros is one of the most important activist musicians in the world today in the field of human rights. He is a professor of music and music education at Boston University, where he also is a member of other university bodies: the African Studies Center, the Center for the Study of Asia, the Global Health Initiative and the Institute for the Study of Muslim Societies and Civilizations. He holds several advanced degrees, in conducting and music education, from universities in India, Australia and the Mozarteum University in Salzburg; he has conducted orchestras and choirs all over the world in the symphonic and oratorical repertoires.

De Quadros currently serves as the chairman of the new music ensemble Alea III, and as a consultant to the International Federation for Choral Music; he’s also a member of the steering committee of Conductors Without Borders, the director of Aswatuna Arab Choral Initiativeand the musical director of the Tomohon International Choir Competition in Indonesia. He is the editor of several series of choral music and has to his credit numerous activities in his fields of research: intercultural studies, post-colonial choral music, music and public health, curricular evaluation and multicultural music education. In Boston, he began a long-distance program to help those studying for advanced degrees, including doctorates. In Australia, where he did extensive work with youth, he established an organization which eventually expanded to become nationwide: Parents for Music, which encourages parental involvement as advocates of music education.

For the concert in Jerusalem, he brought works that reflected his principles, among them, “The Dance of the Pelican” which incorporates Australian Aboriginal songs, a work with dream-like dance beats and effects; and a piece from Mexico based on a children’s song, whose words “are you listening to us?” call for children to be heard.

“The music and the choir are a tool for social integration and building communities, and for change,” he says. “Gay men and lesbians in America, for example … have their own choirs across America. The choirs are a way to get together, a place where it’s possible to find refuge and safety.” He is researching how this movement has changed over the past few years for a book he is currently writing.

In Indonesia, de Quadros directs choral competitions and conducts performances at least three times a year. “We sang Handel’s ‘Messiah’ and it was the first time they heard the sound of a choir on the little island,” he relates, stressing how large sections were sung in the local language, not English, and using parallel citations from the Koran for the original Biblical sources of the work.

In India, he is setting up musical street theater groups to perform local songs – the goal being to transfer information and teach methods of preventing disease. “In India, we always grew up with a sense of inferiority,” says de Quadros. “Our generation took a look time to get free of our supposed inferiority complex brainwashing, as opposed to the white man. That’s why I want to build self-confidence and national pride through the choir.

“True these trips make me lose control over my life,” he adds with a smile, “Suddenly I am not the one to decide where I will sleep – in the jail in Thailand, for example, I lived in the staff quarters – what I will eat and when and where I will live, and I can’t get up and go wherever I please. But this way I learn to be a better person.”