Media
The sound and the fury of Arturo Toscanini
November 22nd, 2017
Tags: composers 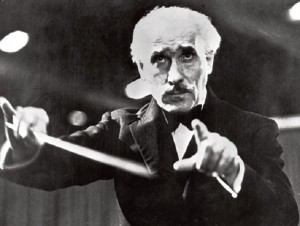 Toscanini was the heart and soul of La Scala and as well as New York’s Metropolitan Opera. He dominated the NBC Symphony, the New York Philharmonic, and the glamourous Bayreuth, Salzburg and Lucerne festivals.

Arturo Toscanini’s boisterous humanity comes alive throughout a new biography by eminent music historian Harvey Sachs. To mark the 150th anniversary of the legendary conductor’s birth, “Toscanini -Musician of Conscience” will come out in spring from Liveright Publishing Corp., a division of W.W. Norton & Co.

The monumental biography presents the man as he was — certainly generous, courageous and principled. He tended to have “boundless generosity towards other people and musical and charitable organizations that he believed needed assistance, and in his love for his family, for Italy, and for human freedom”. But he also had major character flaws. Besides his fierce, explosive temper, he was excessively harsh towards some musicians, and equivalent of a rock star today, he had many extramarital encounters. Full story.