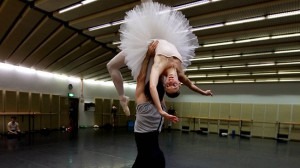 ARTMAKING can be a hazardous business for its practitioners. The legendary Polish pianist Ignace Paderewski once hammered out the opening chords of Beethoven’s Appassionata sonata so robustly that he tore the tendons in his right arm. Robert Schumann badly injured his hand while finetuning his piano technique.

Italian tenor Enrico Caruso ruptured a small blood vessel in his throat during the first act of the Donizetti opera L’Elisir d’Amore. Former London contemporary dancer Celeste Dandeker was left paralysed after a fall on stage.

From tenor Rolando Villazon and his career-damaging battle with vocal nodules, to the crippling hand problems suffered by pianists Leon Fleisher and Gary Graffman, there’s a long roll call of artists who’ve succumbed to the rigours of their craft. Oboists, French horn players and bassoonists are vulnerable to retinal hermorrhages. Ballerinas are prone to stress fractures of the second metatarsal. Opera singers battle vocal polyps. Contemporary musicians face the perils of acoustic shock and hearing loss. Symphony orchestras can be hotbeds of silent suffering, filled to the brim with percussionists with carpal tunnel syndrome and clarinettists with deformed right thumbs.

Artists, like athletes, need agility, co-ordination, stamina and endurance. Enormous mental and physical resources are required to perform anything from Rachmaninoff’s Third Concerto to dancing the role of Odette in Swan Lake. Yet, to the frustration of doctor Mark Seton, a founding member of the Australian Society of Performing Arts Healthcare, there is little public awareness of how demanding artmaking can be on the body and mind.

It’s not helped by the fact that historically, there has been a culture of stoicism and “a conspiracy of silence” among artists when it comes to acknowledging injury, says Seton, a passionate advocate of performing arts medicine’s role in helping stave off problems that could otherwise end professional careers.

Luckily, there’s been a slow but steady cultural shift in relation to artists and their health, he says, with more arts companies now recognising they have a duty of care when it comes to ensuring their performers’ wellbeing and career longevity. ASPAH, founded in 2007, is dedicated to promoting the view that the health of an artist and the quality of their art is inextricably linked. “We want the focus to be on prevention, rather than injury, and to educate the next generation of performing artists to not be afraid to seek help,” he says.

So how perilous can making art really be? Going by the topics to be canvassed at ASPAH’s annual conference in Sydney on December 1 (wind musicians’ experience with “stress velopharyngeal insufficiency”, musculo-skeletal disorders in woodwind students, muscular dysfunction and the saxophone embouchure, and so on), things can get pretty painful, pretty quickly for performers across all manner of creative disciplines.

Take opera, for example. Voice coach Cecilia Pemberton says that the vocal folds are “very delicate structures, and when you know that the vocal folds are tiny – they are only 16-20mm long ( the length of your thumb nail) and that when a soprano is singing Top C, C6 they vibrate 1046 times per second, it’s surprising more people don’t have problems”. Occupational hazards include the development of vocal nodules, cysts and vocal fold hemorrhage. Voice problems in opera singers “commonly occur post upper respiratory tract infections especially at times of significant intense voice use,” Pemberton says.

Opera Australia’s artistic director Lyndon Terracini says it’s not just the singers who face health challenges. He has a particular sympathy for oboists and their “ultimately very unhealthy” struggles with wind resistance, and adds “there was a study done in London which found that the most stress, mental and physical, in an orchestra is on the concertmaster, the first trumpet and the first horn. Every note they play can be heard by the audience, whereas if you’re sitting in the violin section you might fluff a note but most people in the audience won’t hear it.”

Classical music-making can certainly be a brutal business. Consider, firstly, the sheer physical demands of some repertoire (leading the way is Morton Feldman’s monumental six-hour String Quartet No. 2, which the Kronos Quartet once had to pull out of performing because they found it too painful to deliver). By the end of a big symphony or opera, says Philippa Paige, a violinist with the Sydney Symphony for 26 years, and a member of the orchestra’s work health and safety committee, “you’re exhausted.” Little wonder then, that classical musicians have been called “small-muscle Olympians”.

Different musicians are vulnerable to different ailments. “Focal dystonia (a neurological disorder also known as musician’s cramp), can trouble brass and wind players in particular and I believe it’s most prevalent in lower brass players (trombone and tuba). It frequently affects the face (usually the embouchure),” says Paige. “With wind players, the most common injuries concern hands and arms but problems with facial muscles (embouchure) are not uncommon.” Then there’s the weight of instruments like the clarinet, oboe or flute. “Woodwind players often say they have trouble because the instruments have to sit on the thumb, usually the right thumb. Clarinettists are probably the most vulnerable because their instruments are very heavy and they can end up after years of playing with quite a callus on the thumb that they use to hold the instrument up.

“Across the board, I know from our statistics and general research in this area that the most common type of injury is musculo-skeletal, things to do with hands, arms, shoulders, necks, backs mainly.”

And a lot of that has to do with the fact that the human body is not designed to hold, for long stretches of time, the kind of unnatural positions required for music-making, she says. “Added to this is the repetitive nature of bowing for string instruments and the rapid finger action required when playing most instruments which can cause muscle soreness and injuries like tennis elbow and carpal tunnel syndrome.

“When it comes to string instruments, for the upper strings (that’s violins and violas), it’s hands, necks, arms, backs and shoulders. Lower string players, cellists and double bass players, face particular issues with the lower back because of the postures they have to adopt around their instruments, while percussionists can be prone to all manner of hand and arm-related issues.”

Over her professional life, Paige has witnessed scores of fellow musicians having to prematurely end their careers because of work-related injury. “I won’t name names but I could give you a list of dozens. If you read the existing research on orchestras, a lot of which is coming out of America, you find that up to 80 to 90 per cent of string players, for example, would have had to take time off from work due to injuries over their professional careers.”

The dance world, not surprisingly, can be a hotbed of injury, as David McAllister, the artistic director of the Australian Ballet, can testify. “I blew out my L5/S1 disc in my back when I was 26, and that was probably the most career-threatening injury I’ve had, and also I tore my anterior cruciate ligament doing a double reveltard when I was 33.” Male dancers, courtesy of their jumping and lifting work, experience all manner of back and shoulder problems. For the women, mainly due to the demands of pointe work, there are lower leg injuries, with damage to feet and ankles.

Ballet’s brutal standards of aesthetic perfection can also be a breeding ground for eating disorders: McAllister says the company takes the issue very seriously because “once there’s a person who becomes underweight, it goes through the whole organisation”.

Contemporary dance performers are not immune to the stresses faced by their classical counterparts. The Sydney Dance Company’s executive director Anne Dunn says “when you think of a classical ballerina on pointe with beautiful turnout, you might then think about callused toes and looming hip replacements. Then if you consider a barefoot contemporary dancer moving seamlessly to and from the floor, there’ll be the splits underneath their feet and the possibilities of knee problems.”

Unlike dancers and musicians, actors’ injuries “are often psychological rather than physical so it’s harder to see the damage,” says Seton, citing drug and alcohol abuse, depression, and performance anxiety as key challenges for the profession. To tackle the problems, next month he will be involved in the launch an online survey that will be sent to Equity Australia’s 6500 members in a world-first project looking into the health and wellbeing of actors on a national level.

In recognition of the importance of preventative healthcare in halving injury rates and promoting career longevity, many of Australia’s flagship arts companies, from the Sydney Symphony and Melbourne Theatre Company to Opera Australia and the Australian Ballet, have invested in sophisticated “wellness”, prevention and rehabilitation programs. Resources range from psychological help and free yoga to myotherapy and diet and nutritional counselling. Andrew Garnham, a sports physician with the Australian Ballet, says such programs make good commercial sense because “if you’re simply salvaging the damage after the event, it becomes very expensive from a worker’s compensation point of view”.

Paige agrees. For musicians, access to specialised medical care is “incredibly important. Most other people could just live with a trigger finger, for example, but we can’t.

“Your finger might not do what you’re expecting it to do, and that can be terrifying on stage.”