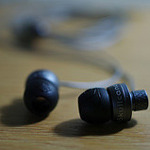 Earlier this week a hugely interesting article entitled 10 Things You Didn’t Know About Sound was being passed around the internet. It is a TED talk by Julian Treasure, which discusses how sound affects our lives and our health. It addresses both the ideas that sound can hurt and sound can heal.


Unfortunately we can’t always control all of the sounds in our lives, but we can take steps to minimize potential damage. I definitely believe that the sounds that we encounter on a daily basis are just as important to our physical and mental well-being as the food we eat and the air that we breathe.

Particularly interesting in Treasure’s talk is the concept of “Schizophonia”, a state in which what one hears and what one sees are unrelated. A good example of this is the act of walking down the street listening to music through earphones. Treasure also brings up the idea that compressed music makes you tired. As much as I love my iTunes and being able to have my favorite music close at hand, I do hope that more research will be made into this phenomenon. I have come to think that it is absolutely possible to have “tired ears.” During my past life as an audio engineer for public radio, I spent hours upon hours recording and mixing sound—often having to actively listen to multiple streams of audio at once. Although a lot of that was really fun, when I was finished for the day I could not bear to listen to music, watch television, or talk on the phone. I came to recognize the sensation that my ears were getting tired as a funny sort of tightness in my ears—sort of like eardrums “cringing” to get away from the onslaught of noise. If I kept going and plowed through that feeling I would end up physically tired and mightily cranky. One of my colleagues used to walk around all the time wearing earbuds, and when I asked him how he could manage it with all the sonic overload from the studios, he said, “Oh! I’m actually not listening to anything—I just wear them like earplugs, to minimize the noise, and so no one will talk to me!” So now when that tightness happens, I turn off the music or whatever I’m listening to and give myself the gift of silence.

Since that article linked above on sound and health was sent to me via Pauline Oliveros, who is, as far as I’m concerned, The Guardian Angel of All Things Sound-Related, I will wrap up this post with my favorite musical question of all time, asked by Pauline at one of her Deep Listening retreats years ago:

“If you could be the silence between any two sounds, what sounds would you be between?”