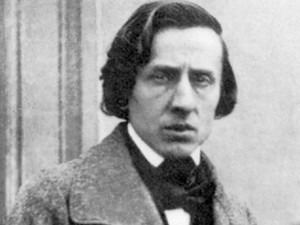 
The findings seem to corroborate Chopin’s 1849 death certificate, which said the Polish-born musician died at the age of 39 in Paris from TB.

He rests in Paris, but in keeping with a Romanticism-era practice his heart was brought to Warsaw, where he grew up, and is kept as a national relic inside a pillar at The Holy Cross Church. Held in two cases and a sealed crystal glass jar, it was inspected in April by forensic and genetic experts to check the state of the preservation.

One of them, geneticist Michal Witt, said the heart is “much enlarged, suggesting respiratory problems linked to a lung disease, and bears TB nodules.”

He would not, however, speculate on what other disease the frail and frequently ailing Chopin could have suffered from. When Witt was seeking permission in 2008 to see the heart, he suggested that Chopin could have had cystic fibrosis, an incurable genetic disease.

Backing earlier speculation, forensic expert Tadeusz Dobosz, said the “color of the preserving liquid suggests it can be cognac, the strongest alcohol known at the time,” which was also used for such purposes.

The experts said the heart is ” very well preserved,” but they did not open the jar. They further sealed it with natural wax and suggested another inspection no sooner than in 2065.
Chopin is considered Poland’s greatest composer, famous around the world for his piano works.