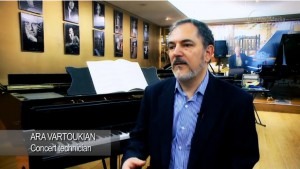 AUSTRALIA has a million pianos, but sounding the right note is an increasing problem because of a drastic shortage of qualified piano tuners.

At least 65 per cent of Australia’s 250 piano tuners are older than 50, about 95 per cent are male and the industry has not trained a new generation of tuners for 18 years.

Many pianos last for a century or more with tuning and care. Nobody throws them out because not much has changed in piano technology since a century ago.

”You don’t have to be a Rhodes scholar to work out that we have far more pianos than piano tuners,” said Brent Ottley, the director of the only place in Australia to offer formal training in tuning. Mr Ottley’s Australasian School of Piano Technology in Melbourne trains about six to eight tuners a year, and gets applications for more than it can handle. ”Sadly, not many people wake up one morning and think, gee, I’d like to be a piano tuner,” he says.

Even if they did, they would find it hard to find a course, even harder to get into one, and impossible to find an apprenticeship. In their heyday, all the big retailers offered apprenticeships and serviced pianos in their workshops. While imports of upright, grand and second pianos jumped 11 per cent this year to 8642, not one retailer offers an apprenticeship.

Ara Vartoukian, a piano tuner and director of Theme and Variations in Willoughby, says Australia desperately needs new training facilities, and there is nothing except Mr Ottley’s private training. He taught piano tuning at the Conservatorium of Music in Sydney from 1974 until 1988 when the course ended. The only other course in Australia, at Preston TAFE in Victoria, closed a few years later. That created an 18-year vacuum when no training was available in Australia until four years ago, when Sydney’s conservatorium started a course, only to axe it after a year because of funding cuts.

Mr Vartoukian says Australia needs at least 10 new technicians a year if it is to develop a broad base of technicians, with a percentage who want to train and ”excel into” servicing major concerts and visiting artists.

”For every concert performance you have three tunings. And there’s about 100 parts for every note, and 25 adjustments you can make to every note to get it to work at its best efficiency, he says.

While some untrained tuners rely entirely on electronic tuning devices, he says the craft is part art and part science.

”Plenty of instruments can help with the science bit but they can’t help with the art part,” Mr Vartoukian says.
When it comes to major concerts, he says the ”ear is the most accurate instrument for preparing a piano for a concert”. That’s how he tuned pianos for artists such as Harry Connick jnr and the pianist Stephen Hough.