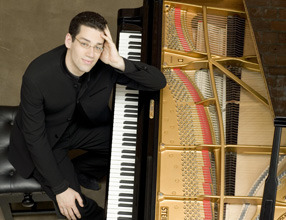 Classical music in the 21st century has seemed in a precarious state. Some regional orchestras have teetered on the brink of extinction. Arts education is fighting for survival. Critics warn about the “graying” of audiences. Nevertheless, recent news items also hint at a possible countertrend.

More astoundingly, in May digital-software publisher Touch Press offered a sophisticated app for Apple’s mobile devices that allows users to explore Beethoven’s Ninth Symphony. And it has thus far been downloaded more than 620,000 times. (Mr. Biss is an earnest guide, but the Touch Press app is more effective from an educational standpoint.) This raises the question: Could new media save classical music? The success of their apps, says Touch Press’s CEO and co-founder, Max Whitby, was a result of fortuitous circumstances. Nevertheless, there seem to be lessons here for the future of the arts.

“Touch Press came about because a group of friends who had collaborated for over 20 years found themselves in the right place at the right time, when Steve Jobs announced the iPad back in January of 2010,” Mr. Whitby explains. “We had 60 days to prepare something for it.

“We were fortunate. There were three of us. Our creative director, Theodore Gray, had written a book about the periodic table of the elements, and we had worked together on making museum-style displays for it containing samples of all the elements. The book had sold about 70,000 copies, which is pretty good for a costly, illustrated non-fiction book. It gave us the starting materials to use the iPad’s interactive possibilities. The third partner was John Cromie, who had worked for Apple. My background at the BBC was in film and television.

Perusing the music apps produced thus far, it is clear that Touch Press has aimed high. “The Orchestra,” “Beethoven’s 9th Symphony” and, most recently, “The Liszt Sonata” (featuring the formidable pianist Stephen Hough ), are exquisitely designed and intelligently organized.

“We like to think all of our apps are educational,” Mr. Whitby says, “but with a small ‘e.’ We are trying not to get in the way of the subject, but to allow people to experience the material directly. With the Liszt app, for example, you can just watch and listen to Stephen play, but you have the ability to turn on his commentary about what is going on in his head as he performs the piece.”

“The Orchestra,” released in December, was the first produced and features Esa-Pekka Salonen and the Philharmonia Orchestra performing eight works, from Haydn and Beethoven to Mahler, Stravinsky and Salonen himself, with a rolling score and running commentary as the music is played. There are entries on the history of the orchestra, the interpretation of the score, and more, including the ability to try out different instrumental timbres using an onscreen keyboard.

“Beethoven’s 9th Symphony” allows the viewer to switch between four Deutsche Grammophon recordings of the work instantaneously, allowing comparisons between the approaches of Leonard Bernstein, Herbert von Karajan, Ferenc Fricsay and original-instrument proponent John Eliot Gardiner. There are insights from musicians, writers and conductors, as well as an analysis and history of the piece.

The flashiness and contemporary aura inherent in these products may account for some of the appeal. Yet, one aspect of their success is likely a harkening back to an era when music was an interactive medium. In its 19th-century heyday, the piano was an instrument played in the home. Then came technology: player pianos, recordings, radio and more. Audiences fell into a more passive role. The iPad reinvigorates the interactive mode of enjoying music, while supplying an educational element in a scope previously unavailable.

But with a new era, Touch Press had to consider a new way of marketing. “The overwhelming majority of the Beethoven downloads were for free,” Mr. Whitby says. “We used the ‘freemium’ model. People were allowed to use the app for two minutes, during which they could try out all the features. But beyond two minutes, they received an invitation to purchase the whole thing for $14. To our delight, over 5% went for the full purchase. It is a good conversion rate, at the high end of what is expected.”

It is a format pregnant with possibilities. Mr. Hough chose the Liszt Sonata—a dramatic work with an unruly form, difficult for most listeners to grasp—because it “makes a very direct emotional impact, but then there is also an intellectual side to it. The challenge is in maintaining emotional control, even while going to the edges of despair, anger and moments that are simply ravishing. It’s like riding a horse and keeping a hold on the reins.”

Mr. Hough imagines how fascinating the iPad app format would be as applied to opera or to string quartets. “It’s wonderful,” he says, “to combine the visual, interactive screen with a coffee-table-book approach.”

Despite Mr. Whitby’s description of these programs as education with a small “e,” their adoptability to the classroom is another great advantage. Georgia Tucker, a teacher at the Riverdale Country School in New York, uses “The Orchestra” in her classes that cover cultural concepts “through the prism of literature, art and science. Students who didn’t have a sense of classical music can now compare Beethoven and Debussy,” she relates. “What is remarkable, aside from the technology, is that you get to hear the voice of the performer and the critic. It makes the big ideas audible.”