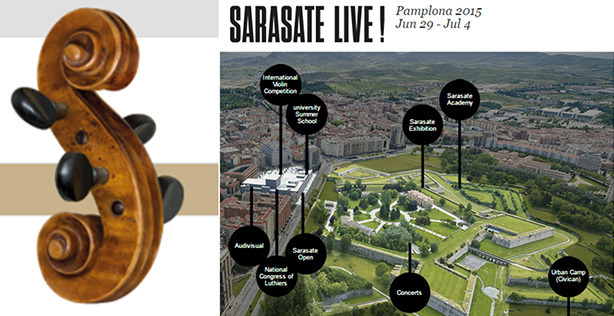 Since 1991, the contest was organized by the Governmental Department of Culture and Tourism (Spain) biyearly in alternation with the Julian Gayarre International Singing Contest. The event is a tribute to the great violinist and composer, Pablo Sarasate. It is held at the Teatro Gayarre in Pamplona, a historical capital city of Navarre in Spain, also famous for the San Fermín Festival with the running of the bulls. The competition is open to violinists of any nationality between the age of 15 and 27. Previous winners include Tamaki Kawakubo and Susanne Hou. Established violinists and music professors are invited as jury members, chaired by Russian violinist and conductor Vladimir Spivakov. Founded by Sarasate in 1879, Spain’s oldest orchestral group, the Navarra Symphony Orchestra, will be accompanying participants during the finals under the baton of Peter Csaba.