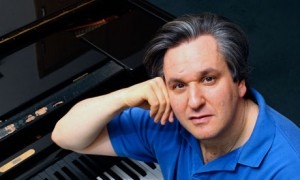 Antonio Pappano: 'It’s something that is very, very frustrating for me personally.' Photo: Eamonn Mccabe for the Guardian

Young opera stars are too ready to pull out of productions because of “weakness” of body or temperament, according to Antonio Pappano, the internationally renowned conductor and music director of the Royal Opera House at Covent Garden.

“It happens more and more. There’s something about this generation of singers, that they are weaker in their bodies or don’t care. I don’t know what it is, but it’s something that is very, very frustrating for me personally.”

Pappano said the Spanish tenor Placido Domingo “would have to be on his death bed” before he’d cancel.

Although he was careful to name no names, Pappano was answering questions – at the programme launch for Covent Garden ballet and opera’s new seasons – about the opera’s most star-crossed production of last year, Robert le diable. After a string of substitutions, including the tenor Juan Diego Florez for whom the production was originally conceived, the lead soprano, Jennifer Rowley, was dropped days before the first night.

Pappano said the rare revival of a Meyerbeer opera, which took Paris and Europe by storm in 1831, was postponed for a year so the Peruvian star, Juan Diego Flórez, could sing the role – but he then told Pappano it wasn’t right for his voice to expand into a “heavier” repertoire.

Pappano then cast the American Bryan Hymel – who went straight from Covent Garden to make his debut with the Met in New York at two days’ notice when their star pulled out – and the German soprano Diana Damrau. She became pregnant, and the next one was the American soprano Jennifer Rowley. Within a week of the first night, she was dropped: Pappano said he personally auditioned her and was confident she was right for the role, but as rehearsals progressed there was mutual agreement that she wouldn’t make it. “It wasn’t good enough,” he said. “It wasn’t good enough for Covent Garden.” The part was finally sung by Patrizia Ciofi.

Pappano insisted that the troubled opera was right on the night: “Show business is about what you put on on the night, not about what happened before.”

In fact it got mixed reviews, but in the Guardian, Tim Ashley gave it three stars and praised some “amazing singing”.

“I’m surprised he feels that way,” he said. “I’ve never seen a harder working set of young singers. If they cancel, it’s due to real sickness or the unprecedented physical stress imposed by contortionist directors. The artists who cancel capriciously tend to be the big names, among them a few conductors – Pappano honourably excepted.”

In box-office terms, Covent Garden has been on a roll, with almost all performances by the Royal Opera and Ballet selling out.

A string of world premieres and star turns was announced for the 2013/14 season, including a cameo return by Dame Kiri Te Kanawa 10 years after she officially retired from the opera stage; a new production of Don Quixote choreographed by the Cuban dancer Carlos Acosta, taking the lead himself at some performances; and a guest return for Sir Simon Rattle, conducting Poulenc’s only full-length opera, about a convent of Carmelite nuns caught up in the terror of the French Revolution, with a cast led by his wife, Magdalena Kožená.

Among all the superlatives, however, the greatest glee was over one night in December when the live transmission to cinemas all over the world of the seasonal favourite, the Nutcracker ballet, beat Skyfall in UK cinemas, where it sold 40,000 tickets.

Pappano promised an announcement by the end of the month on a successor to Tony Hall, who has just left as chief executive after 12 years, to become the new director general at the BBC. “We miss him already,” Pappano said. “A tough act to follow.”