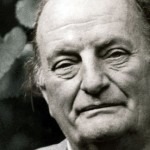 Few musicologists achieve true celebrity outside their specialist field. But the name of HC Robbins Landon, who has died at the age of 83, was known by many thousands of people beyond the scholarly community. While his reputation was founded on his trailblazing research into Joseph Haydn, which helped to establish the composer’s works – largely unknown as late as the 1950s – in the canon, it was his series of books on Mozart, aimed at a wider public and selling in huge numbers in many languages, that brought him global renown.

It is no exaggeration to call him a titan, for Robbie, as he was universally known, was a giant in both physical and intellectual terms. And yet his infectious enthusiasm for the subject under discussion, coupled with an encyclopedic memory and almost recklessly fluent delivery, allowed him to engage lay audiences in a way that few scholars are able.

Born in Boston and educated at Swarthmore College, Pennsylvania, Landon studied music theory, composition and English literature, the latter under WH Auden. His interest in Haydn had already been piqued as a schoolboy, but an encounter with the scholar Karl Geiringer, his teacher at Boston University (1945-47), helped him on his chosen path. Realising that his future lay in Europe, where all the relevant sources were located, he managed to secure work as a music critic and European correspondent for various US newspapers and journals, including Musical America.

Employment by the Times, for which he worked for nearly a decade, was a crucial factor in gaining him admittance to archives behind the iron curtain. The papers of Haydn’s employers, the princes of Esterházy, in the National Library in Budapest, had recently been taken over by the state. General access was all but impossible, but the Times connection ensured that he was treated with courtesy and even offered a visa.

In 1949 the Haydn Society was founded at his instigation. Originally located in Boston, but later operating out of Vienna also, the society planned a complete edition of Haydn’s works, of which only a tenth had been published at that time; the project was subsequently abandoned, though much valuable musicological work was undertaken by the society. Equally notable were the recordings it issued, which included a number of Haydn’s works, not least symphonies and masses, that had been previously unavailable on disc. The first recordings of Mozart’s C minor Mass and Idomeneo were also made by the society.

Partly in conjunction with the activities of the Haydn Society, Landon began to produce critical editions and other material relating to the composer at this time. The first major publishing milestone was The Symphonies of Joseph Haydn (1955), which presented those works in the context of Haydn’s output as a whole and of 18th-century music in general. Meanwhile he published editions of a number of Haydn’s other works, notably masses and operas, helping to stimulate performances and effectively bringing about a reappraisal of Haydn’s abilities as a dramatic composer.

The crowning achievement of his Haydn scholarship was the five-volume Haydn: Chronicle and Works (1976-80). The prodigious detail in which Landon lays out in these volumes the documentary material unearthed from the archives is a compliment as much to his faithful publishers, Thames & Hudson, as it is to Landon himself. It is difficult to imagine a similar project being undertaken today. To take examples at random, in volume one the salaries and payments in kind made in 1760 to Haydn’s musicians at Eisenstadt are listed: they include precise allocations of wheat, corn, lard, candles, cabbage and beets, and, for some privileged players, a pig or two.

The third volume, covering the London years, includes, among its scores of documents, diary accounts by Haydn of his visit to Ascot, intimate information about Haydn’s visits to a surgeon (wishing to remove a polyp from the composer’s nose, the surgeon summoned “a few brawny fellows” to hold him down, but Haydn resisted) and much more besides.

Further esoterica are found in the copious footnotes, placed, where they belong but are too rarely found, on the page. If, in the case of Haydn, Landon’s efforts effected a radical reappraisal of the composer by bringing many of the works into the public domain for the first time, with Mozart his influence was of a different order. By the time he produced his five Mozart publications – 1791: Mozart’s Last Year, Mozart: The Golden Years, The Mozart Compendium, Mozart and Vienna, and The Mozart Essays – between 1988 and 1995, Mozart was firmly established in the pantheon of great composers. Thanks to the huge success of Peter Shaffer‘s 1979 play and 1984 film Amadeus, not only was Mozart’s music suddenly on the bestseller lists, but a new mythology had grown up around the last months of Mozart’s life: the relationship with Salieri, the Requiem, the “mysterious messenger”, the final illness, the pauper’s burial.

Landon’s achievement was to cut through the fantasy and mystification to present the facts regarding the composer’s last year, unveiling new documentary material in the process. He found no grounds for Mozart’s having been poisoned by Salieri, or anyone else, taking the most likely cause of Mozart’s death to be a combination of medical factors including progressive kidney failure, and restored the reputation of his wife, Constanze, slandered over decades as a scatterbrained, lascivious woman, incapable of understanding Mozart and encouraging him to live a disorderly, if not dissolute, existence. As text editor of 1791: Mozart’s Last Year, I was privileged to play a small role in the dissemination of this revisionist view of Mozart.

Landon had always been generous in his acknowledgment of editorial and other assistance. In his earlier work on Haydn, his first wife, Christa Landon, a distinguished harpsichordist and scholar in her own right, killed in an air crash in 1977, had been an indispensable colleague. His second wife, Else Radant, also a historian of some note, was to provide further invaluable support for the next couple of decades. He relied too on a secretariat and assorted assistants, publicists and editors to manage his schedule and other administrative trivia, allowing him to concentrate on the matters in which he had the expertise. For all the exhaustiveness of his research and annotation, detail was not necessarily his strong suit.

Nor were the niceties of prose style, which made the process of coaxing the material he provided into a coherent narrative an interesting challenge.

His freely expressed gratitude to assistants, as to fellow-scholars, made him a pleasure to work with, however. It was an instructive experience too: one could but marvel at his ability to bring to life the dry documentary material retrieved from dusty library shelves. Both on the printed page and in the radio studio he communicated an enthusiasm that for once endowed musicology with the excitement of a detective story. It was this lightness of touch allied to his scholarly credentials and an almost missionary desire to share knowledge with the world at large that brought him unprecedented financial rewards as well as critical acclaim. In an interview conducted a couple of years before he died, he reported that he had just received a royalty cheque for his five Mozart books amounting to $80,000. Even allowing for the multiple reissues and translations of 1791, the figure represents an astonishing, and surely unequalled, return on a scholarly endeavour of this nature.

An episode that Landon and others of us would probably prefer to gloss over occurred a few years after the publication of 1791. Towards the end of 1993, a group of six piano sonatas thought to be by Haydn came to light, their authenticity verified by the performer-scholars Paul and Eva Badura-Skoda and by Landon. The January issue of the BBC Music Magazine, of which I was then reviews editor, carried an article by Landon proclaiming their merits. The February issue carried a retraction, it having been discovered that the sonatas were a skilful modern fraud perpetrated by a German recorder player and composer called Winfried Michel. The episode illustrates perhaps Landon’s penchant for precipitate and over-zealous judgment, but it provoked at the same time a worthwhile debate about the extent to which our perception of the greatness of works is determined by our knowledge of their composer.

Other composers on whom he worked and published included Vivaldi, Handel, JC Bach and Beethoven. Some of the work outside his specialist field was criticised for its lack of scholarly rigour, though none could dispute the brio he brought to his subject. The book Five Centuries of Music in Venice (1991), written in conjunction with John Julius Norwich, was conceived as a companion to a television series called Maestro, created by Landon and Norwich, and broadcast by Channel 4 in association with the French broadcaster La Sept. His autobiographical Horns in High C, published in 1999, related the events of his career with characteristically breathless enthusiasm.

His academic appointments included professorships at Queens College, New York (1969) and the University of California at Davis (1970). He was John Bird Professor of Music at the University of Wales, Cardiff (1978-93) and a fellow of Lady Margaret Hall, Oxford (1979). He was also awarded honorary doctorates by Boston University, Queen’s University, Belfast, Bristol University and the New England Conservatory, as well as the Siemens prize (1991) and the medal of honour of the Handel and Haydn Society (1993).

Fluent in several languages, Robbie made his home at different times in America, Britain, Vienna and France. It was to his beautiful 18th-century chateau at Rabastens, near Toulouse, that he finally retired, spending his last decade or so with his companion Marie-Noelle Raynal-Bechetoille, who, like Else Radant, survives him (there were no children from either marriage). An epicurean and bon vivant, he was no less generous with his hospitality than with his scholarship.

To spend time in his company was as exhausting as it was stimulating: nuggets of musical fact would be extricated from the vast repository of knowledge that was his brain. A tendency to solipsism was balanced by a remarkable capacity for thoughtfulness. I was deeply touched to receive a telephone call from him one Christmas Day when he guessed I would be on my own. Others will have different stories to tell of his boundless generosity. Larger than life, he was an inspirational presence, bringing a penetrating intellect and theatrical flair to the world of musicology.