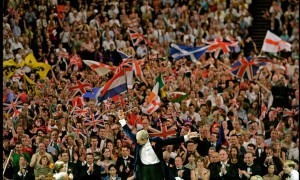 From Beethoven to Ravel, and Elgar to Saint-Saëns, 10 of the best-known pieces that their composers disowned despite – or perhaps because of – their popularity

Written as a favour to the inventor of the metronome, Johann Nepomuk Mälzel, Beethoven’s dire but highly lucrative potboiler noisily celebrated the Battle of Vittoria in the Spanish war of liberation. This was the battle that elevated the British general Sir Arthur Wellesley to the title Duke of Wellington. Beethoven was well aware of its total lack of subtlety, but was nonetheless sensitive to its critics: “What I shit is better than anything you could ever think.” Full story.