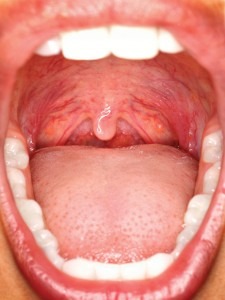 When a global pop star hits the road — as a conclave of elder rockers will do on October 7 at the Desert Trip festival in Indio, California, a.k.a. Oldchella — truckloads of cables, computers, instruments, lights, and audio gear follow along. But the singer’s most delicate and irreplaceable apparatus is the larynx, the object of immense care and constant torture. Like everything else in the body, that agile apparatus tends to lose its powers over time. Within the throat’s protective enclosure, two supple bands of tissue flutter over an opening the size of a penny like a pair of doll’s-house curtains. But that description doesn’t get across the repeated violence to which humans subject their vocal cords, even humans who don’t sing for a living. Every time a woman speaks, those tough little folds go slamming against each other around 200 times each second. If she’s a soprano and she sings an A above middle C (the note that orchestras tune to), the number of impacts rises to 440 Hz, or 440 impacts each second, so fast the human eye can detect that movement only in slo-mo. Over the course of a singer’s career, millions of collisions can leave the vocal cords scarred and stiff. If you want to get a feeling for what it’s like to sing through that level of damage, try plucking a few notes on an ancient rubber band. Full story.